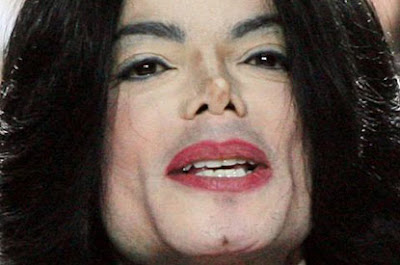 Michael Jackson's body is being kept on ice in case it can provide evidence for a police murder investigation, it was revealed today.

Three weeks after Jackson's death, the singer has not been buried and remains in a refrigerated underground crypt at Forest Lawn Cemetery in Los Angeles.

Now law-enforcement sources have disclosed that the Jackson family has delayed burial because they expect detectives investigating the death to confirm they are now conducting a full murder inquiry.

One target of the probe is said to be Dr Conrad Murray, the physician who was with Jackson when his heart stopped and tried unsuccessfully to revive him.

Several other doctors, including the star's former dermatologist Dr Arnold Klein, have also being interviewed.

Investigators now believe Jackson died after being illegally administered the sedative Propofol, an anaesthetic supposed to be used only in hospitals.

Within hours of Jackson's death on 25 June, police were suspicious about the coterie of doctors who allegedly provided him with a steady supply of prescription drugs over the years.

But the focus of the investigation switched to Propofol after vials of the drug were found in Jackson's rented Holmby Hills mansion after he died. An IV stand that may have been used to help administer the anaesthetic was also found during two sweeps of the house.Jackson reportedly used the drug in the past to help with his chronic insomnia.

Detectives are still awaiting the now-imminent results of toxicology tests ordered by the Los Angeles Coroner before announcing their next move.

While officers are not suggesting anyone deliberately killed the 50-year-old, they say that if evidence emerges that a doctor illegally gave Jackson a lethal dose of Propofol, he could face second-degree murder or manslaughter charges.

Both Jackson's father, Joe, and his sister, LaToya, have said they believe foul play was involved in his death.

Friends say the family decided to delay the burial rather than risk having to exhume the body if new clues emerged from the autopsy. They are also waiting for the results of their privately commissioned second autopsy.

“This way, the police can move quickly if there is anything more they need to know,” said a family friend. “There is a reason the police put the murder squad in charge of this investigation from the start. They already had strong suspicions that it was more than a simple accident.” The family are also hoping for the return of parts of Jackson's brain that were used in neuropathology tests before moving his body to its final resting place.

Police this week visited the Beverly Hills office of Dr Klein, saying he had not fully complied with a request to hand over his medical records. One report suggested investigators already had “plenty of powerful evidence” that could help lead to a successful prosecution over Jackson's death. Detectives are said to have spoken to the Los Angeles District Attorney's office about bringing possible criminal charges.

(From London Evening Standard)
Posted by PublicInformationProjects at 11:12 No comments: