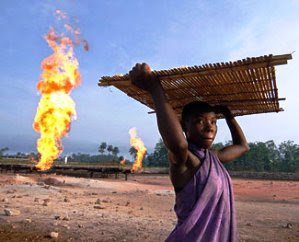 Our attention in the IYCP has been drawn to comments by the Warri Ijaw Peace Monitoring Group (WIPMG), questioning the identity of our group and accusing us of supporting the continuous stay of JTF in our region and published on Page 7 of Vanguard newspaper of Tuesday, July 21, 2009.

First of all, we will like to state emphatically that our group stands for peace and will work with all peace-loving groups in the Niger Delta to achieve it. The IWPMG, we suppose, stands for peace and amicable resolution of the ongoing crisis in our region. It should be noted also that, beating the drums of war can not resolve our problems rather, it can divide us.

Equally important of care while tinkering and drawing the road-map to peaceful settlement of Niger Delta crisis is the issue of security in our hinterlands. Presently, the JTF, the Police and other security agencies are keeping the peace and are also protecting the armless citizens which include women, the elderly and children from criminals who have invaded our genuine agitations. So, nobody in IYCP is saying that the JTF should not go but, we are insisting that they should go after the presidential amnesty might have brought in a total peace (disarmament of our freedom fighters). The simple question is “how would our communities look like if the JTF is withdrawn while our brothers are still in possession of guns? Let them disarm according to the amnesty requirement so that there would be strong justification for the call for JTF to leave.

Again, we want to believe that no Ijaw man could claim the knowledge of the faces of all other Ijaws in the Niger Delta region or within the creeks. We are fighting one course (peace in our region) as Ijaws, so for WIPMG to doubt our identity for the fact that we are not of the same group in Warri sounds discriminatory and divisive. IYCP has its members spread across all Ijaw-speaking communities in the Niger Delta. It has its headquarters in Yenagoa, Bayelsa State . All correspondences to IYCP should be forwarded via our e-mail: ijawyouthcampaign4peace@yahoo.com.

We want to crown our statement by stating that opposition to one another is not going to take our people and region anywhere, but backwardness and under-development. Let us retrace our stand and fight for a common course (peace and development).