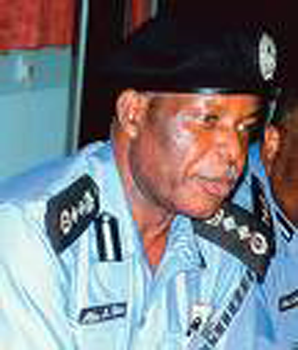 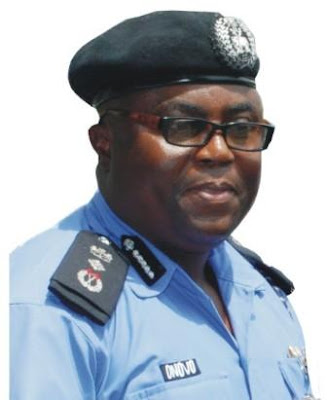 Mr. Ogbonnaya Okechukwu Onovo In.
Posted by PublicInformationProjects at 11:55

The global swine flu epidemic is still in its early stages, even though reports of over 100,000 infections in England alone last week are plausible, the World Health Organization's flu chief said Friday,

Keiji Fukuda, WHO's Assistant Director-General for Health Security and Environment, told The Associated Press that given the size of the world's population, the new H1N1 virus is likely to spread for some time.

WHO earlier estimated that as many as 2 billion people could become infected over the next two years.

"Even if we have hundreds of thousands of cases or a few millions of cases ... we're relatively early in the pandemic," Fukuda said in an interview at WHO's headquarters in Geneva.

The global health agency stopped asking governments to report new cases last week, saying the effort was too great now that the disease has become so widespread in some countries.

Authorities in Britain say there were over 100,000 infections in England alone last week, while U.S. health officials estimate the United States has passed the 1 million case mark. Those figures dwarf WHO's tally of 130,000 confirmed cases worldwide since the start of the outbreak last spring.

Fukuda, the former chief of epidemiology at the U.S. Centers for Disease Control and Prevention, or CDC, also said there must be no doubt over the safety of swine flu vaccines before they are given to the public.

Health officials and drug makers are looking into ways of speeding up the production of the vaccine before the northern hemisphere enters its flu season in the fall.

The first vaccines are expected in September and October, said Fukuda. Other vaccines will take until December or January before they are released onto the market -- well into flu season when a further dramatic rise in swine flu cases is predicted.

"Everybody involved with the vaccine work, from manufacturers up to the regulatory agencies, are looking at what steps can be taken to make the process as streamlined as possible," Fukuda said. "One of the things which cannot be compromised is the safety of vaccines."

The search for an effective inoculation has taken on a new urgency as WHO announced that almost 800 people have died from the disease in the past four months. This is more than the H5N1 bird flu strain has killed in six years.

The CDC said Friday that -- based on the experience of the 1957 flu pandemic -- the number of Americans dying from swine flu over the next two years could range from 90,000 to several hundred thousand. That projection would drop if the vaccine campaign and other measures are successful, U.S. health officials said.

One question that scientists and health officials disagree on is whether pregnant women should be among the first to receive a vaccine -- after health workers, who make up about 1-2 percent of the world population and are considered indispensable.

A report by WHO experts found that pregnant women appear to be "at increased risk for severe disease, potentially resulting in spontaneous abortion and/or death, especially during the second and third trimesters of pregnancy."

Several women and their children have died in recent weeks, though obesity may have played a role in some of the deaths, the report says.

"Pregnant women have emerged as one of the groups that we are concerned about as being at higher risk than other people in terms of having the possibility of developing severe illness," said Fukuda.

But right now, WHO is holding back on recommending that pregnant women receive priority vaccinations. And the agency is not commenting on the contentious suggestion by British and Swiss health officials that women should consider delaying pregnancy if they can.

"WHO certainly has no recommendations on whether women should try to have children" now, Fukuda said.

The agency has been working hard to ensure that poor countries receive vaccines too, despite rich nations having pre-ordered most of the available stock. A WHO spokesman said Friday that two drug makers have pledged to donate 150 million doses of vaccine to poorer countries by the end of October.

"We're working with a range of partners to secure more vaccine for developing countries," WHO's Gregory Hartl said.

Fukuda, who is effectively in charge of WHO's pandemic response until mid-August while the agency's Hong Kong-born Director-General Margaret Chan is on home leave, also addressed the possibility that the virus might mutate and become resistant to anti-viral drugs such as Tamiflu.

"We haven't seen widespread emergence of resistance to the drug right now," Fukuda said, but added "this is something we're watching very carefully."

It is inevitable that over a long enough period of time the swine flu virus will mutate, he said.

"Unfortunately we can't predict in what direction," he said.

(From Associated Press)
Posted by PublicInformationProjects at 08:58