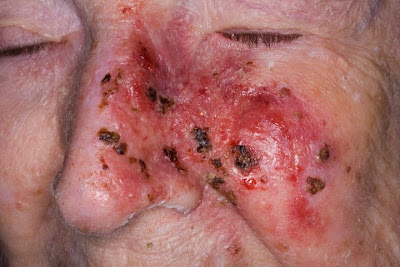 There is no doubt using a sunbed or sunlamp will raise the risk of skin cancer, say international experts.

Previously, the International Agency for Research on Cancer (IARC) assessed sunbeds and sunlamps as "probably carcinogenic to humans".

But it now says their use is definitively "carcinogenic to humans".

Campaigners believe the move, announced in the journal Lancet Oncology, will increase pressure for tighter industry regulation of sunbed use.

The new assessment puts sunbed use on a par with smoking or exposure to asbestos.

However, the Sunbed Association in the UK said there was no proven link between the responsible use of sunbeds and skin cancer.

The IARC is an expert committee that makes recommendations to the World Health Organization.

It made its decision following a review of research which concluded that the risk of melanoma - the most deadly form of skin cancer - was increased by 75% in people who started using sunbeds regularly before the age of 30.

In addition, several studies have linked sunbed use to a raised risk of melanoma of the eye.

The charity Cancer Research UK warned earlier this year that heavy use of sunbeds was largely responsible for the number of Britons being diagnosed with melanoma topping 10,000 a year for the first time.

Proposals to ban people under the age of 18 from using sunbeds are under consideration by the government in England.

A similar ban has already been approved in Scotland.

The Sunbed Association (TSA) supports a ban on under-16s, but argues there is no scientific evidence for a ban on young people aged 17 or 18.

Jessica Harris, Cancer Research UK's health information officer said: "The link between sunbeds and skin cancer has been convincingly shown in a number of scientific studies now and so we are very pleased that IARC have upgraded sunbeds to the highest risk category.

"This backs up Cancer Research UK's advice to avoid sunbeds completely for cosmetic purposes. They have no health benefits and we know that they increase the risk of cancer."

Ms Harris called for ministers to implement a ban on under-18s using sunbeds immediately, and to close salons that are not supervised by trained staff.

Simon Davies, chief executive of the Teenage Cancer Trust said: "We are concerned that young people are using sunbeds more and more to get a tan and would urge them to avoid them at all costs."

Kathy Banks, chief executive of the Sunbed Association, said: "The relationship between ultraviolet exposure and an increased risk of developing skin cancer is only likely to arise where over-exposure - burning - has taken place.

"However, research has shown that over 80% of sunbed users are very knowledgeable about the risks associated with over-exposure to ultraviolet and the majority of sunbed users take 20 or less sunbed sessions a year."

A Department of Health spokesperson said: "Sunbeds can be dangerous - we must ensure that people who use them do so safely. If necessary we will look at new laws to protect young people."

(From BBC News)
Posted by PublicInformationProjects at 10:01