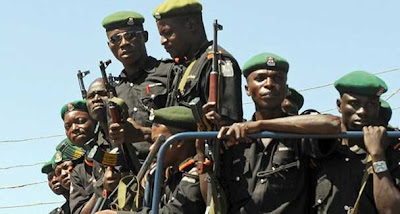 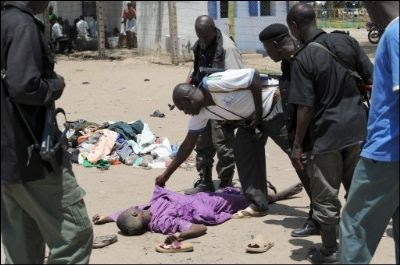 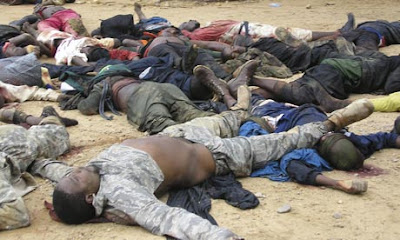 The Umaru Yar’Adua Administration in Nigeria recently ordered maximum force against a gang of mislead hapless Nigerian youths operating as Moslem fundamentalists. This was weeks after an Ijaw community was razed down by soldiers in search of Oil militants.

Observers told chidi opara reports that in democracy, maximum force is not required in this type of operation.
Posted by PublicInformationProjects at 05:12 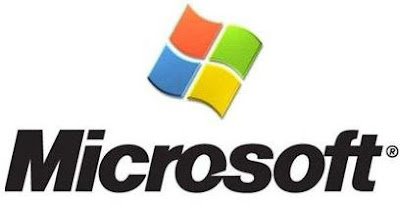 Microsoft Corp. has finally roped Yahoo Inc. into an Internet search partnership, capping a convoluted pursuit that dragged on for years and setting the stage for them to make a joint assault against the dominance of Google Inc.

The 10-year deal announced Wednesday gives Microsoft access to the Internet’s second-largest search engine audience, beefing up the software maker’s arsenal as it tries to better confront Google, which is by far the leader in online search and advertising.

Microsoft didn’t have to give Yahoo an upfront payment to make it happen, as many Yahoo investors had been counting on ever since Microsoft dangled $1 billion last summer in an attempt to forge a search partnership then.

Google tried to stop Yahoo from falling into Microsoft’s camp. Last year, it formed its own proposed search advertising deal with Yahoo, only to be forced to retreat from that alliance after U.S. antitrust officials threatened to sue.

Now the extended reach Microsoft is gaining will let it introduce its recently upgraded search engine, called Bing, to more people. The Redmond, Wash., software maker believes Bing is just as good, if not better, than Google’s search engine.

Taking over search responsibilities on Yahoo’s popular site gives Microsoft a better chance to convert Web surfers who had been using Google by force of habit.

“Microsoft and Yahoo know there’s so much more that search could be,” said Microsoft Chief Executive Steve Ballmer. “This agreement gives us the scale and resources to create the future of search.”

Even with Yahoo’s help, Microsoft has its work cut out. Combined, Microsoft and Yahoo handle 28 percent of the Internet searches in the United States, well behind Google’s 65 percent, according to online measurement firm comScore Inc.

Google is even more dominant in the rest of the world, with a global share of 67 percent compared to a combined 11 percent for Microsoft and Yahoo.

In return for turning the keys to its search engine over to Bing, Yahoo will keep 88 percent of the revenue from all ads that run alongside search requests on its site for the first five years of the deal. Yahoo also will have the right to sell search ads on some Microsoft sites.

The deal isn’t expected to close until early next year, and then it could take another two years before all the pieces of the partnership are in place.

The companies first will give antitrust regulators time to review the possible effects on the Internet ad market. Then they will need time to stitch together their different technologies.

(From Associated Press)
Posted by PublicInformationProjects at 03:27

Open Letter to The Vice-Chancellor; University of Nigeria 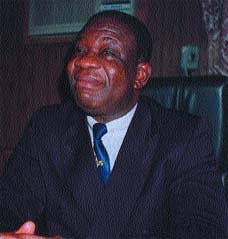 Congratulations on your appointment as the Vice-Chancellor of University of Nigeria, Nsukka. I am writing regarding your goodness to the Nigerian institutions.
In Enugu State University of Science and Technology, it is good news that you treated every student equally regardless of where the student came from, in classes; you encouraged students to ask questions because you were ready to respond. You taught your students that no question is stupid. That was why lots of your students were willing to ask questions.

You are a man of humility; you are as humble as the professors in the United States of America. I admire your system of teaching; it helps the students comprehend what they could not understand with other professors; you are one of the extraordinary intellectuals. Indeed, you and your colleague at Enugu State University, Professor Okorie, the former director of Institute Of Development Center (IDC), are similar to America’s Professors in areas of cooperation, teaching and humility.

In 2008, Nigerian world newspaper stated that your institute for Nigerian Languages in Aba, Abia State promoted our native languages through publishing of Newspapers in Nigeria’s three main languages, namely: Ekere(Igbo), Akede(Yoruba), and Tambari (Hausa). Your idea of publishing the Nigeria language newspapers is a great advantage to Nigerians who have troubles reading English newspapers.
In the United States of America and other developing countries, your publishing of the newspapers is considered as a tremendous achievement.

Thank you for your goodness