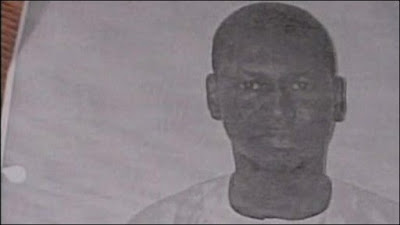 The late thirty-nine-year-old leader of the Nigerian talibans, otherwise known as "boko haram", meaning "western education is prohibited" in Hausa language, Mr. Mohammed Yusuf, who was murdered last week in Maiduguri by security forces, was shot dead on the order of the Presidency, well place security contacts in Abuja have informed chidi opara reports. It is however, not yet clear if the order was given personally by the President. What we can confirm now is that the military commander and the commissioner of Police in Maiduguri were under strict order from the Presidency to shot and kill the Nigerian taliban leader at sight.

This shoot and kill order was partly confirmed by an army lieutnant who took part in the Maiduguri operation. "We are not here for arrest, if we arrest him, they will grant him amnesty and he will continue to kill innocent people", the army officer told one of our network members in Maiduguri. Mr. Yusuf and fifteen others had earlier been granted bail by an Abuja federal high court.

Our investigation revealed that the Nigerian taliban leader had not been an outsider in the corridors of power as speculated by some reports. We reliably gathered that he, on the contrary, had always been very close to influential northern Nigeria moslem leaders, who saw him as a possible counter force to the Niger Delta militants(MEND), The Yoruba militia(OPC)and the Biafran separatist group(MASSOB).

chidi opara reports learnt further that the late Yusuf was also very close to influential Sudanese, Nigerien and Chadian moslem leaders. A female gold trader in Kano narrated to one of our network members who posed as a buyer, how the late Yusuf personally intervened to let her off an undisclosed security problem on one of her numerous trips to Niger.

"Because they believed that Yusuf would help them to counter any serious offensive from any of the other militias like MEND, these influential northern moslem leaders sponsored him financially to stockpile weapons and used their influences to protect him from arrest", a state security service(SSS)operative complained in the presence of a chidi opara reports network member in Kano.

It is not yet clear why the Presidency issued the order. Buzz in informed security circles however, hinted at the fear of possible pressure from influential moslem leaders on the President to grant amnesty to the taliban chieftain if he was arrested alife.
Posted by PublicInformationProjects at 07:32