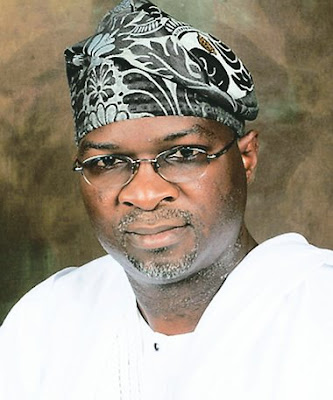 The Democratic Peoples' Alliance(DPA) have called for investigation into and compensation for businesses that lost cash and goods totaling about N800 million in Monday’s midnight demolition and alleged looting by a combined team of Ministry officials and thugs at the Alhaji Abibatu Mogaji Lagoon View Plaza in Ebute-Ero area of Lagos.

The statement by the party’s Lagos State Director of Publicity Felix Oboagwina came against the backdrop of Lagosians’ outcry over Monday’s midnight demolition of the Alhaja Abibatu Mogaji Lagoon View Plaza, in which tenant-traders estimated they lost nearly N1 billion worth of goods.

"This was one invasion too many by the government against citizens of the state," said DPA, which had last year alerted of strong-arm tactics employed by government operatives, especially those in demolition gangs and those enforcing traffic and environmental control.

The party noted that tenants of the complex reported that the Commissioner had failed to answer phone calls trying to get him to stop his rampaging men throughout the raid. In reply to text messages, he had merely replied that investigations would be carried out.

"It showed that rather than apply emergency treatment to a living patient, Dr. Banire preferred to wait for the last breath and then conduct an autopsy," DPA said.

The statement accused the Environment Ministry of, as usual, arming operatives in the Kick Against Indiscipline (KAI) brigade and the Task Force on Environmental and Sanitation Offences with harmful weapons for last Monday’s midnight raid.

"Such iron-hand tactics are not only savage, they can become counter-productive as has happened in the Niger-Delta," DPA said.

According to DPA, the Governor must urgently conduct a full-scale investigation into the incident to ensure full compensation for the affected businesses in the shopping complex as well as serve as a deterrent to high-handed government officials.

"It was executive recklessness and brigandage at the highest level. And a lawyer-politician of Dr. Muiz Banire’s calibre should know better than harbour criminals in his Ministry that can be unleashed any time," according to the party statement. "Their conduct is not acceptable in a civilised or democratic society that conforms to the rule of law. They acted ultra vires and criminally and must be treated as criminals."

It wondered why contentious issues over the condition, ownership and location of the Alhaji Abibatu Mogaji Lagoon View Plaza could not be amicably resolved between the state government and the Lagos Island Local Government directly responsible for tenement collection at the complex.

Last year, DPA had condemned the militancy of Lagos-run agencies, warning that: "These agencies are completely alienated and dislocated from citizens and need urgent overhauling and reorientation. They treat people indulging in minor indiscretions and misdemeanours like criminals; and the harsh treatments they mete out to their victims often result in loss of life, limb, liberty, property, man-hours and opportunities."