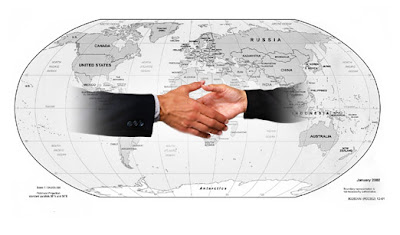 Corporations and financial institutions worldwide support tightening regulation of systemic economic risk, hedge funds, derivatives and securitization, said a survey released on Wednesday.
Financial services consultancy Greenwich Associates said its survey of 458 businesses and banks in North America, Europe and Asia found "consensus ... that the current regulatory framework has been proven inadequate and must be rebuilt."
Almost half of those polled backed proposals to empower a government entity to regulate systemic risk, an idea under study in the United States, the European Union and elsewhere.
"Support for a systemic regulator is highest in the United Kingdom (70 percent) and Asia (68 percent)," a Greenwich Associates statement said.
U.S. companies and financial institutions were more divided, with almost 40 percent in favor, the same ratio opposed, and the rest neutral on systemic risk oversight.
Almost 65 percent of EU respondents said the proposed European Systemic Risk Council, or any other such regulator, should be able to implement policies directly. Thirty-five percent said a new regulator should be strictly advisory.
Half of U.S. survey respondents said systemic regulation power should go to the Federal Reserve, but 35 percent said the job should go to a new entity, according to Greenwich.
The survey found broad support for stricter hedge fund regulation. More than 60 percent of large companies and 58 percent of financial institutions backed efforts to increase regulatory supervision and control over hedge funds.
Similarly, nearly 65 percent said they favor shifting to more exchange-based trading from over-the-counter (OTC) trading of derivatives. The level of support for such a migration was even higher, at 70 percent, among U.S. respondents.
Proposals to centralize clearing of OTC derivatives trades won almost 70 percent support worldwide in the survey.
On another front, Greenwich said that almost half of those polled supported renewing regulatory separation of investment banking and commercial banking within financial firms.
"There seems to be a general consensus that risk-taking in the investment banking function of banks and other financial institutions caused the balance sheet problems that in turn disrupted loan markets," said Greenwich's Frank Feenstra.
The survey also revealed support for preventing loan originators from selling off entire amounts of asset-backed or mortgage-backed securities by requiring them to hold a minimum proportion of new issues. Almost 65 percent globally backed such measures, with only 18 percent opposed.

(From Reuters)
Posted by PublicInformationProjects at 07:31