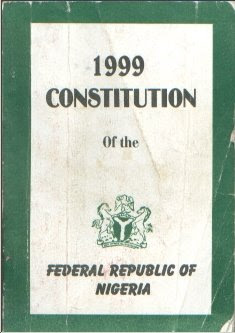 The People’s Action for Democracy (PAD) is an independent, non partisan, non religious and all inclusive platform committed to driving development change at sub-national, national and international levels in Nigeria . The outfit is committed to serving as catalysts simultaneously driving three movements – a) To strengthen and institutionalize democratize, accountable, equitable, transparent and social order through inclusive and participative monitoring and evaluation, b) To Promote and Protect Human Rights in all its ramifications of all Nigerians and c) To Re-professionalize the entire Public Services in all the three tiers of government in Nigeria. PAD believes that the future of our country greatly depends on completing Constitution Amendment that support election system reform, human rights system reform, police service reform, monitoring and evaluation system reform and entire National Political, economic, Social and Cultural Reforms as early as possible.

Last week, the Chairman of the House Committee on Constitution Review, House of Representatives, Rt. Hon Usman Nafada, CON through the Media invited the General Public, Civil Society/Interest Groups, Professional Bodies and other International Persons to the Public Hearing on a Bill for an Act to alter the Provisions of the Constitution of the Federal Republic of Nigeria 1999 and for other matters connected thereto, 2009. The Public Hearing is slated for 11th and 12th August 2009.

While this initiative for apparent transparency is commendable, the People’s Action for Democracy, PAD however faults the timing, especially with regards to the Public Hearing by the House Committee on Constitution Review.

The Invitations for the Public Hearing were published in the Papers on the 7th of August 2009, while the Public Hearing is slated for the 11th and 12th August. The notice for the Public Hearing in our opinion is too short. And from the short notice, it appears the House is bent on altering the Provisions of the 1999 Constitution without due regard to the participation of the people. This is because, with such a notice, Civil Society/Interest Groups and the General Public will be ill prepared if not unprepared and many may not be able to make it. And then the House will do a unilateral amendment and justify it by saying they did the needful by inviting all concerned but none showed up.

But beyond that, we also believe that there is really no need for a Public Hearing on a Bill for an Act to alter the Provisions of the 1999 Constitution as the 1999 Constitution in the first place is fundamentally flawed because it was never a People’s Constitution; the people were never a part and parcel of its drafting, formulation and promulgation, and as such the People have no need of participating in its alteration or amendment. If they do, it means they have sanctioned it and legalise its illegality. And so we are passing a vote of no confidence on such a move and we call for a total boycott and mass action to lay our grievances as Nigerians and protest such.

What Nigerians need is a People’s Constitution based on Participatory and Social Democracy. And the first step towards that is the convening of a Sovereign National Conference that is broad based and consists of all the ethnic nationalities in Nigeria . The National Assembly can even preside over the Conference, co-ordinate it and get all the inputs and contributions of the various ethnic nationalities. From these contributions, there can now emerge a genuine People’s Constitution.

Aside from the Constitutional Review issues and all of that; it’s been over two years that the Yar Adua Administration has been in power and Nigerians will recall that the President in his Inaugural Address promised to deliver democratic dividends to them through his Seven Points Agenda. But as we are all aware, the Yar Adua Administration has fell short of expectations of the Nigerian people, despite the high hopes placed on it at Inauguration. The Administration in the last two years plus has been a total failure and a grave disappointment to the Nigerian people. What has the Yar Adua led government been able to achieve in the last two years? We want the President to tell Nigerians and the world which one of his Seven-Point Agenda has he been able to achieve in the over two years of his four year tenure? It’s not enough to just talk and make mouth watering promises. He must be seen to be walking the talk and fulfilling those promises. 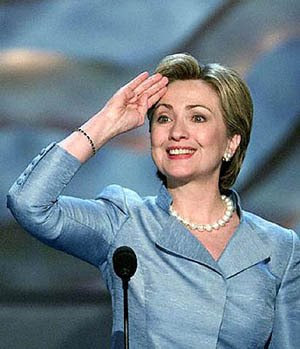 Reliable information reaching chidi opara reports indicate that Nigerian activists of various persuasions are set to embarass the Umaru Yar'Adua administration during the visit of the United States Of America(USA) Secretary of State, Mrs Hillary Clinton this week.

A contact inside the Movement For The Emancipation Of Niger Delta(MEND) informed us by telephone that the main oil militant group may consider an attack on one of the major crude oil production platforms in the oil rich region, "to remind the Americans of the recent genocide by the Nigerian state in Gbaramatu". MEND is currently observing a unilateral sixty-day-ceasefire.

Another chidi opara reports contact in the Movement For The Actualization Of Sovereign State Of Biafra(MASSOB), informed that the separatist group, who insists that theirs is a non violent organization, is planning peaceful demonstrations in major cities in south-eastern Nigeria, where it is based to press home their demand for a separate nation.

Network members in major cities in south-western Nigeria where the Oodua Peoples Congress(OPC) is based have not been able so far to lay hands on any plans by the ethnic militia to agitate during the visit. Checks however, indicate that there is a possibility that civil rights activists in the region under the auspices of United Action For Democracy(UAD) are likely to present briefs on the state of the nation, that would be embarassing to the government to the USA chief diplomat.