Is War Against Bad Medicine Paying Off? 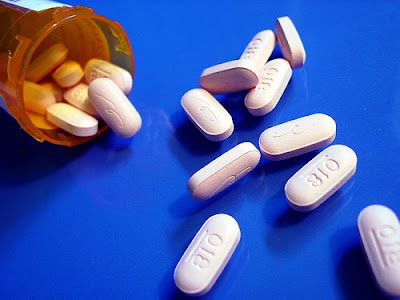 (An Article By: Roger Bate And Thompson Ayodele)

For at least three decades, Nigeria has been plagued by counterfeit and
poor-quality medicines. In 2002, the World Health Organization reported
that 70% of medicines in Nigeria were fake or substandard while the
National Agency for Food and Drug Administration and Control (NAFDAC)
estimated a full 41% were fake. Today, it offers a rare model of
improvement.

Like many other developing countries, corruption in the healthcare sector
was rife: drugs, such as antimalarials, and supplements, especially
vitamins, which are both in high demand, routinely "leaked" from public
facilities into the private market. Plum healthcare positions were not
awarded to the best candidate but the most politically connected, or the
one willing to pay the largest bribe. Intellectual property rights
remained among the world's most poorly enforced.

But in the past five years NAFDAC has fought back. Originally under the
leadership of Dora Akunyili and now Paul Orhii, NAFDAC has arrested
counterfeiters, closed down markets selling their drugs and banned dozens
of Indian and Chinese companies from exporting to Nigeria. As a result the
amount of fake drugs on the market has fallen drastically: NAFDAC
estimates now it is less than 16% of the market. Our research group
decided to sample drugs to see if rates had fallen from our own previous
research. In 2007 we'd found a failure rate of 32% of antimalarials.

We also decided to see how aware Nigerian healthcare personnel were of
counterfeit and substandard medicine, and how this influences their
behaviour.

Our team administered informal questionnaires to 211 healthcare personnel
in Lagos, Ondo, and Ogun states about patient behaviour and their own
awareness of, and exposure to counterfeit and substandard medicines. They
reported that some patients acknowledged purchasing medicines from
unregistered channels, and without valid prescriptions. Respondents
frequently cited the high cost of medicine as explanation for the
proliferation of poor-quality drugs. “Where people cannot afford the best
medicines, they buy what they can, regardless of quality”, a doctor told
us in 2007 and little seems to have changed.

Most healthcare personnel were aware of the problem, although few realize
that costs are driven up by imprecise and sometimes excessive regulation,
but their ability to identify and respond to poor-quality medicines
differed widely. Worryingly, healthcare personnel thought at least a third
of their patients bought drugs from unsecured markets like commercial
buses and roadside hawkers. They thought that the most faked drugs were
those in high demand like antimalarials.

Unfortunately, very few healthcare workers informed NAFDAC, and far fewer
the police, when they encountered fake drugs. Far more destroyed the fake
drugs they came across. Many admitted selling unregistered drugs. A key
reason is that healthcare workers fear retribution from counterfeiters if
they raise a stink or refuse to sell fakes. Even the former head of NAFDAC
was shot at by counterfeiters so a lowly pharmacist has little protection
from such threats.

Our team also procured a small sample of essential medicines from
pharmacies in Lagos to assess basic drug quality within the city. 18% of
drugs failed thin-layer chromatography and/or disintegration tests. These
results support findings that the prevalence of poor-quality medicines may
be decreasing in Nigeria, probably because of improved policing and
prosecution of counterfeiters by NAFDAC.

All in all, Nigeria still has a major problem with fake drugs. Healthcare
workers are not well enough trained to identify fakes and 91% of those we
surveyed expressed concern that substandard medicine still poses a threat
to public health.

Nevertheless, the situation is improving. Government, industry, and the
public health community are working together to improve consumer and
healthcare worker awareness, and to increase access to low-cost,
high-quality pharmaceuticals. And while things are far from perfect,
Nigeria is well ahead of other African nations in combating the scourge of
substandard drugs: indeed, others should follow its example.

(Bate is the Legatum Fellow in Global Prosperity at the American Enterprise
Institute, a Washington DC think-tank. Ayodele is the Executive Director
of the Initiative for Public Policy Analysis in Lagos, a Nigeria public
policy think-tank.)
Posted by PublicInformationProjects at 09:37 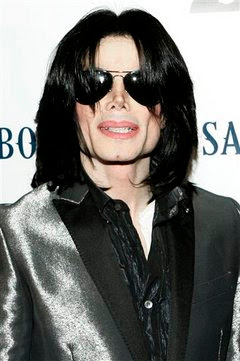 The glittery glove that Michael Jackson wore when he unveiled his moonwalk on TV in 1983 is hitting the auction block.
This one isn't like his other glittery gloves, which were made for the right hand and adorned with hand-sewn crystals. This left-handed glove, which accompanied Jackson's fedora and dance moves on Motown's 25th-anniversary TV special, is a modified, store-bought glove covered with a mesh of rhinestones.


The glove, which Darren Julien of Julien's Auctions called "the Holy Grail of Michael Jackson memorabilia," will be featured alongside other one-of-a-kind items -- such as an early Madonna demo tape and unreleased Jimi Hendrix lyrics -- at the Nov. 21 "Music Icons" auction at the Hard Rock Cafe in New York City's Times Square.

Walter "Clyde" Orange, a founding member of the Commodores, has been holding onto the glove since Jackson gave it to him in 1983.

Orange said he got to know Jackson when the Commodores toured with the Jackson 5 in the 1970s. Orange would always ask the young entertainer for an autograph, but Jackson refused, saying Orange was the more famous of the two. The autograph request became a private joke.

They met again in March 1983 when the Motown special was taped. Jackson sang with his brothers, then took the stage alone to wow the world with his moonwalk during his solo performance of "Billie Jean."

Orange found his friend backstage and again requested an autograph. Jackson gave him the glove instead.

After Jackson's June 25 death at age 50, Orange decided the glove was too significant to keep.

"There's a hundred other gloves out there, but this is the one you want. He blew up after that (performance) with 'Billie Jean,'" Orange, 62, said in an interview. "The world should see this. This is the first. That's the song that made him shoot through the roof as a superstar."

Orange said he hopes the glove will find a permanent home at the Rock and Roll Hall of Fame or a similar institution. And he's happy that proceeds from the sale will benefit MusiCares, an organization that helps musicians struggling with substance abuse.

(From Associated Press)
Posted by PublicInformationProjects at 09:24