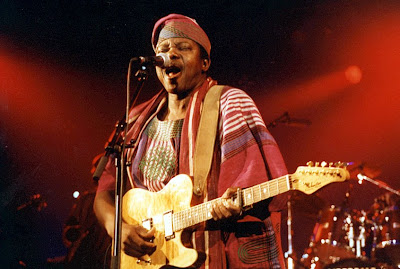 (September 1st, 2009 Declared “NO MUSIC DAY”)
True to its vow at a world press conference held in Lagos on July 14, the coalition of major associations in the Nigerian music industry has begun the mobilization of stakeholders throughout the country for the commencement of an indefinite mass hunger strike to draw the attention of the world to the intolerable amount of piracy that is devastating the music industry in Nigeria. The mass hunger strike is planned to commence on August 25. As a prelude to the strike, there will be an important rally of stakeholders in the Nigerian music industry at the premises of the National Theatre, Lagos at 10.00am on August 25. The rally will offer an opportunity to artistes and investors across the industry to network and devise strategies to frontally attacking the piracy scourge that is plundering the Nigerian entertainment industry.

Further to the hunger strike, the coalition has resolved that a powerful delegation of industry stakeholders will proceed to the National Assembly in Abuja on September 1 to express the frustration of the industry over the lukewarm and ineffective attitude of the government to attacking the piracy cancer that is fast eating away the livelihood of hundreds of thousands of Nigerians and destroying the Nation’s image. The coalition is also requesting all broadcast organizations in the country to show solidarity with the plight of the Nigerian entertainment industry by observing September 1, 2009 as “NO MUSIC DAY”. Consequently, broadcasting stations across Nigeria are requested not to broadcast music between the hours of 6 am and 6 pm on September 1. Artistes across the country are also requested not to engage in any musical performance on “NO MUSIC DAY”

It will be recalled that at the Press Conference held at Protea Hotel, Ikeja on July 14, the coalition had called on President Yar’ Adua to declare a State of Emergency with respect to the fight against piracy in Nigeria and to muster the necessary resources to eradicate the monster. The coalition had also called on the President to take the following specific actions:-

2. Direct the Nigerian Copyright Commission to immediately put on hold the process of approval of any new copyright collective management organization pending the IMMEDIATE convening of a stake holders conference on Collective Management to ensure that the process receives input from the stakeholders that will earn any organization emerging from the process the support of the industry.

3. Direct the Inspector General of Police to serve a warning to the traders at Alaba International Market in Lagos, the world’s biggest hotbed of piracy, that if within a specified period the traders do not clean up the market, the government will shut Alaba market down.

At the massively attended Press Conference, the coalition had noted that whatever efforts made so far to fight piracy in Nigeria had failed and rather than piracy being controlled or reduced in Nigeria, it was ravaging an entire generation of creative people. The coalition also warned that in desperation, practitioners in the Nigerian entertainment industry may soon be forced to take the laws into their hands in a desperate attempt to safeguard their investment and this may result in otherwise avoidable bloodshed.

All artistes in music film, comedy, drama, literary works and all friends of the entertainment industry are invited to storm the historic rally at the National Theatre Lagos on Tuesday August 25 at 10 am

Efe Omorogbe
For: The Nigerian Music Industry Coalition
Posted by PublicInformationProjects at 10:49 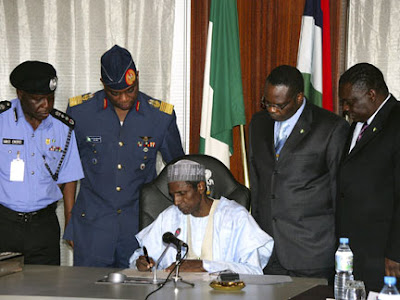 The Movement for the Emancipation of the Niger Delta (MEND) has been approached by the Nigerian government to own up to thousands of weapons belonging to the Nigerian Army which would be delivered secretly at night to an arms collection centre if we agree to the plan.

This desperate measure which aims to give the amnesty program some semblance of progress has the input and connivance of the Amnesty Committee, Ministry of Niger Delta Affairs, Ministry of Defense as well as the Joint Task Force.

We know that some unscrupulous individuals will participate in this scam because of the money involved and as such we are using this opportunity to raise the alarm before Nigerians and the international community are hoodwinked.

For a government that has perfected the art of rigging elections, this latest fraudulent attempt does not come to us as a surprise.

MEND believes in a holistic process where the root issues that prompted the unrest are addressed and weapons are freely given up in exchange for justice.

We are happy to note that the military has vacated the Gbaramatu communities to allow the displaced people return home and hope that the government will go a step further by rebuilding the damaged homes or compensating those whose property were wantonly destroyed.

Jomo Gbomo
Posted by PublicInformationProjects at 05:06