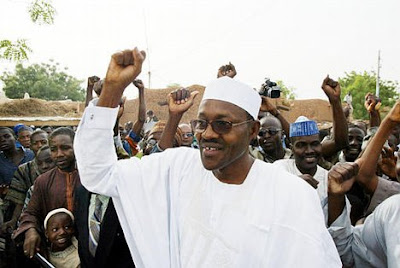 Last week, the United States (US) Secretary of States, Hillary Rodham Clinton visited our beloved country, Nigeria as part of her African tour in pursuit of American diplomacy and foreign policy. During her short stay in the country, she met with the President, Ministers, Governors, Senators and Civil Society.

In her meeting with the Civil Society and others, she remarked frankly and rightly so that the Nigerian government had failed Nigerians. Clinton said in substance that the government has not done well in sustaining the roots of democracy. She cited the failure to produce credible elections and pledged America ’s commitment to help Nigeria in the Electoral Reforms process but that this can only be done by America if the Nigerian government was genuinely committed to the Electoral Reforms process. She said that America believed totally in the Justice Uwais led Electoral Reforms Panel Recommendations and expressed the hope of Nigeria having future credible elections if the government would implement those recommendations.

Clinton also stated that the President Yar Adua’s Seven-Point Agenda if delivered would help in shaping a new course for the development of our dear country and she concluded by saying that Nigeria ought to be a Member of the G-20 but for our corruption index. She then said that the EFCC has failed in its role.

The People’s Action for Democracy (PAD) however notes with sadness that the US Secretary of States frank and honest comments on the true state of our country is being viewed in bad faith by our government and has in fact elucidated acidic reactions from the agents and apologists of the government. People like the Senate President, David Mark, the Speaker, House of Representatives, Dimeji Bankole and others are going around spreading the false propaganda that Clinton’s comments does not echo the true state of Nigeria and its government and that her comments in reality were borne out of misinformation and misrepresentation of facts from her meeting with the opposition, civil society and those who do not wish the PDP led government well.

But the PAD refused to accept this propaganda. We endorsed Clinton ’s comments. America has demonstrated through its Secretary of States' bluntness and candidness on our nation that it is willing to meet freedom’s challenge on the firing line. All that she said about our dear country is the truth and nothing but the truth. The Yar Adua Administration should sit up and stop trying to hide behind the smokescreen of political demagoguery giving cheap excuses for its gross failure. The caustic reactions of Senator David Mark, Honourable Dimeji Bankole and others do not reflect the thoughts, yearnings and aspirations of the Nigerian people and such reactions are certainly not the minds of Nigerians. Nigerians are sick of the Yar Adua Administration’s hypocrisy. They are tired of cheap rhetoric. This government like others before it has failed them; all they get from the government daily is nothing but hurt, neglect and policies deliberately designed to work against them.

We in the PAD therefore salute the courage and thoughtfulness of America and its US Secretary of States, Hillary Rodham Clinton, and we trust that this will widen into a major superhighway of justice, freedom, peace and love for all of God’s children in Nigeria for her thoughts, actions and comments during her visit are very much in line with the wishes, longings and aspirations of the Nigerian people.

On the Sacked Bank Chiefs

The PAD also wishes to comment on the sack last Friday of five of the nation’s top Commercial Banks Board of Directors and their immediate replacements.

While we appreciate the need to sanitise our Banking Sector and the CBN apparent desire to meet its goal and obligations, we want to say that in carrying out its mandate, it must do so in clear and transparent terms for all to see to avoid unnecessary generation of bad blood. And we hope and trust that the CBN will fulfill its statutory duty without bias. There should be no sacred cows. And there should be no witch-hunting either. The CBN must not be enmeshed in acts capable of being misinterpreted as vendetta. While we will refrain from making a categorical statement at this stage as we are still observing and studying the available facts, we want to state in unequivocal terms that the manner this exercise was carried out was not tactful enough. It is capable of scaring investors and depositors, and making them withdraw their deposits which could result in the collapse of the affected Banks which in our opinion is not the ultimate goal of the CBN. The Apex Bank could have been more tactful.

Finally, still on the affected Banks, we demand that the CBN should publish the facts and documentations which precipitated the actions it took. This will engender transparency and restore depositors and investors confidence.

The People’s Action for Democracy (PAD) is an independent, non partisan, non religious and all inclusive platform committed to driving development change at sub-national, national and international levels in Nigeria . The outfit is committed to serving as catalysts simultaneously driving three movements – a) To strengthen and institutionalize democratize, accountable, equitable, transparent and social order through inclusive and participative monitoring and evaluation, b) To Promote and Protect Human Rights in all its ramifications of all Nigerians and c) To Re-professionalize the entire Public Services in all the three tiers of government in Nigeria. PAD believes that the future of our country greatly depends on completing Constitution Amendment that support election system reform, human rights system reform, police service reform, monitoring and evaluation system reform and entire National Political, economic, Social and Cultural Reforms as early as possible.