WHO: Swine Flu Drug For The Young, Old And Pregnant 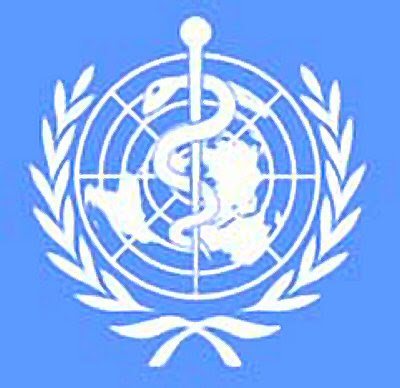 The World Health Organization said Friday that Tamiflu should only be given to particularly vulnerable people — a warning to countries like Britain where the swine flu drug is being handed out freely.

WHO previously said it was up to doctors to decide who should get Tamiflu. On Friday, the U.N. agency said healthy people who catch mild to moderate cases of swine flu don't need the drug, but the young, old, pregnant, and those with underlying health problems surely do.

If countries use Tamiflu too liberally, that could lead to resistant viruses, leaving the world with few resources to fight swine flu.

WHO said people thought to be at risk for complications from swine flu — children less than 5 years old, pregnant women, people over age 65 and those with other health problems like heart disease, HIV or diabetes — should definitely get the drug.

The agency also recommended all patients, including children, who have severe cases of swine flu, with breathing difficulties, chest pain or severe weakness, should get Tamiflu immediately, perhaps in higher doses than now used.

"The WHO guidance is quite different from what has been done in England," said Hugh Pennington, a flu expert at the University of Aberdeen. "England's approach is out of step with the rest of the world on this."

In Britain, the government's response to the swine flu outbreak has come under fire for allowing Tamiflu to be handed out by call center workers who have as little as three hours of training.

Since the British set up a national flu service in July to deal with the surge of swine flu cases, Tamiflu has been available to anyone suspected of having the disease.

At its summer peak, British authorities guessed there were about 110,000 new cases of swine flu, also known as H1N1, every week. The number of new cases dropped last week to about 11,000, but the fall/winter flu season has not yet begun.

Boasting that Britain had the world's largest supply of Tamiflu, enough to cover 80 percent of its nearly 61 million people, Health Minister Andy Burnham promised the drug would be available to anyone who needed it.

Britons who call the national flu line can get Tamiflu without ever seeing a doctor —it is given out by call center workers who have no medical training. The operators' training lasts from three hours to a day. There are no health workers present at the call centers. Scotland, Northern Ireland and Wales decided not to participate in the swine flu phone line.

On its swine flu Web site, the Department of Health says "the government has decided to offer the antivirals Tamiflu or Relenza to everyone confirmed with swine flu."

To stop people fraudulently getting Tamiflu, the web site says "the government is relying on the public to use the system responsibly." In its first two weeks of operation, the call center workers handed out more than 511,000 courses of Tamiflu.

Some experts have criticized that approach, warning that blanketing the population with Tamiflu increases the chances of resistant strains emerging.

Pennington called the strategy "a very big experiment" that could render Tamiflu useless. The U.S. Centers for Disease Control and Prevention says antivirals must be prescribed by a health care professional. Canada's Public Health Agency does not recommend Tamiflu for people with mild illness.

Pennington said Britain's national flu line should be dismantled so that Tamiflu would only be used sparingly.

"This approach increases the likelihood of a resistant strain and that is not a risk worth running," Pennington said.

Officials have already found widespread drug resistance in seasonal strains of H1N1 flu and worry that might also crop up with swine flu. So far, only a handful of Tamiflu-resistant swine flu strains have been found.

Charles Penn, a WHO antivirals expert, said it was up to countries to decide how they used their Tamiflu stocks. He said in most cases, the drug should be prescribed by a doctor or nurse, and that resistance could emerge if Tamiflu was overused.

WHO said most patients infected with swine flu worldwide recover within a week without any medical treatment. Still, about 40 percent of the severe swine flu cases are occurring in previously healthy children and adults, usually under 50 years of age.

WHO has estimated that as many as 2 billion people could become infected over the next two years with swine flu — nearly one-third of the world's population. At a swine flu conference in Beijing, a top WHO official predicted there would be "an explosion" of cases in the future.

(From Associated Press)
Posted by PublicInformationProjects at 09:01

The recent reconciliation between rtd. Major Saliba Mukoro, who was one of the main brains behind the failed coup of 1990 widely known as the Orkah coup, whose main aim was to topple the military regime of Ibrahim Badamasi Babangida, also known as IBB and the major target of the coup. rtd. general Ibrahim Babangida at his Abuja residence was brokered by the United States Of America(USA) Central Intelligency Agency(CIA), chidi opara reports can now reveal.

Our investigation revealed that rtd. Major Mukoro who teaches criminology in a university in USA, while in the army had close relationship with the CIA. This relationship we learnt, put him in the position of chief planner of the failed putsch. A USA based writer who also had close relationship with the CIA during that period informed us online that "the agency knew of Babangida's plan to continue as civilian President and the problems it was going to cause, and so decided to do something about it". The CIA according to the writer, contacted the then Major Saliba Mukoro, who was very close to IBB and was saddled with the task of midwifing with others, the establisment of the National Guard, an elite commando outfit to protect the Presidency, to help see the plan through. "The plan was to do away with the Babangida regime and conduct elections in twelve months", the writer revealed further.

A retired top Intelligence personnel whom chidi opara reports spoke to in Lagos confirmed this information and added, "even when Mukoro escaped, leaving his family behind, his CIA friends infiltrated Bonny camp and took them away".

When chidi opara reports tried to find out from the USA based writer why the CIA would be interested in the reconciliation of the retired military officers, the answer was "I do not know exactly, but it may not be unconnected with the politics of super powers interests in your oil rich country".

We have however, reliably gathered from contacts arround Saliba Mukoro and IBB that very damaging materials on the IBB military presidency in Mukoro's possesion would have been released to the media next year if IBB had not contacted his friends in the French Intelligence community to approach their counterparts in USA on the possibility of reconciling with Mukoro to avert the release.
Posted by PublicInformationProjects at 07:08