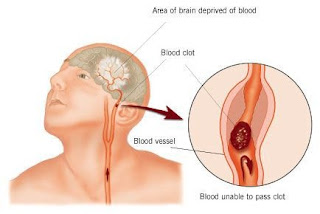 An experimental drug reduces the stroke risk in patients with irregular heartbeats by more than three times, compared with the popular drug warfarin - but possibly at a cost, according to new research released Sunday.

Patients taking the new drug dabigatran etexilate, made by German pharmaceutical Boehringer Ingelheim, also were slightly more likely to have heart attacks or stomach pain, according to the research presented at the European Society of Cardiology meeting in Barcelona.

Until now most such patients have been given warfarin, which has been around since the 1950s and has side effects including bleeding risks and requires lifestyle changes such as dietary restrictions.
Doctors hope the new drug can help improve treatment for patients, who must be monitored continuously if they are put on warfarin and avoid alcohol and foods such as spinach and cranberries.

The new research on dabigatran - which has not yet been approved in the United States but is sold as Pradaxa in 40 countries to prevent blood clots - was compiled after doctors monitored more than 18,000 patients with irregular heartbeats, or atrial fibrillation, worldwide for about two years starting in 2005. The patients took either dabigatran or warfarin, at varying doses.

On warfarin a patient's risk of stroke drops dramatically to about 0.38 percent per year, according to the study, also published online in the New England Journal of Medicine. Warfarin has invited complications, however, because it is difficult to dose and may be confusing for patients to take, doctors have said.

On dabigatran, that risk is slashed even further to about 0.10 percent per year, the study says.
"It is certainly a big step forward," said Dr. Fausto Pinto, director of the Cardiovascular Institute at the University of Lisbon, Portugal, and program chairman of the European Society of Cardiology.
Dabigatran "probably will replace warfarin," as it is easier for both doctors and patients to use, said Pinto, who was not involved in the study.

Last year, the market for anti-clotting drugs was about $13.6 billion globally.
Getting approval for dabigatran could take years after Boehringer Ingelheim submits data to regulatory agencies.
Dr. Clyde Yancy, medical director of the Baylor Heart and Vascular Institute in Dallas and president of the American Heart Association, said more information was needed on why dabigatran appeared to slightly increase the number of heart attacks, but that overall the data were encouraging.
"Patients have wanted something easier to take for their atrial fibrillation for years, and this may be it," Yancy said. "That's why this may be a game-changer."

(From Associated Press)
Posted by PublicInformationProjects at 11:36