Extension of Ceasefire(News Release By MEND) 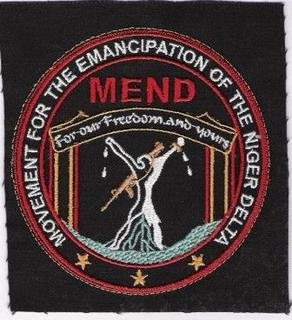 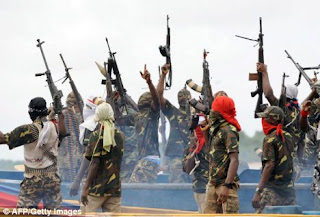 The Movement for the Emancipation of the Niger Delta (MEND) is extending its unilateral ceasefire which expired midnight, September 15, 2009 by 30 days.


MEND does not recognize an amnesty that has not made any provision for meaningful dialogue on the root issues that gave birth to the Niger Delta unrest in the first place.

We have therefore resolved to continue fighting because the reasons for fighting has not yet been addressed.

The government should use this extention of time to do the right thing instead of pretending to talk peace while arming the military for a war it can not win.

The Oil and Gas industry who will bear the brunt of renewed hostilities should not be deceived by the amnesty charade or the recent military hardware purchases as this is only leading to another cycle of violence.

Jomo Gbomo
Posted by PublicInformationProjects at 01:50

Google is developing a product called Fast Flip that aims to make it simpler and faster to browse through news articles on the Web, a process that the company finds is cumbersome and discourages people from reading more online.

Fast Flip was expected to go live late Monday at the Google Labs Web site, where the company features early stage product prototypes. As such, Fast Flip could change significantly, become temporarily unavailable or even disappear without notice.

Fast Flip lets readers glance at pages and browse through them quickly without having to wait for multiple page elements to load, which can significantly slow the rendering of articles, especially if they have multimedia content, according to Google.

The idea is to try to replicate online the ease with which people flip through the pages of print magazines and newspapers in the offline world. This could motivate people to read more online, which Google argues will help publishers attract more readers and increase their revenue.

However, when users click on a Fast Flip link, they will be taken to the corresponding publisher's Web site, where the Google technology will not be on hand to display the page more quickly.

People who try out Fast Flip will find articles from 36 publishers, including The New York Times, the Washington Post, Salon, and Newsweek, as well as contextually relevant ads. For now, Fast Flip will only feature content from the publishers Google has been working with to develop the technology, but it plans to add more in the future.

Fast Flip will also feature a search engine and let users share content. Based on their reading choices, users will see suggestions for other articles they might find interesting.

Richard Gingras, CEO of the Salon Media Group, expects Fast Flip to shed light on how user behavior might change if people can browse through online material more quickly. "On the Web you can go page to page, but it takes five to 10 seconds between pages, so it's not as 'browseable' an experience as with print, where you flip through and scan a lot of things very quickly," he said. "This is one experiment, and it'll be interesting to see what we learn," he added. Gingras believes that Fast Flip will not only lead people to read more online, but also add a higher degree of serendipity to their experience through the unexpected discovery of interesting articles they didn’t initially set out to find.

This element of serendipity is one that Google has been interested in adding to Google News, according to Gingras, who before becoming Salon CEO was an independent adviser to Google about news and media from late 2007 until late 2008.

Salon also has its own initiatives to make it easier for its readers to find more of its articles. The publication will soon start to beta test a Web site redesign focused partly on organizing content by topics, so readers can scan articles about the same subject. "Any publisher these days has to be looking at how to create interesting units of content and facilitate the use and access of that content in as many ways as the audience is willing to consume them," Gingras said.

At this point, Google isn't making any tools available for external developers to integrate Fast Flip with their Web sites and applications. "Launching Google Fast Flip in Labs lets us learn from our users and our publishing partners so we can keep exploring ways to display news and help publishers make more money from their content," a spokesman for Google said via e-mail. "We know that Google Fast Flip isn't perfect, and there's a chance it may never become a full-blown Google product. But we think there are some interesting ideas behind it," he added.

In addition to working on regular PC browsers, the Fast Flip Web site adapts itself when reached from iPhone and Android-based mobile devices, letting users flip pages via a touch-screen interface. Google was due to unveil Fast Flip at the TechCrunch 50 Conference  in San Francisco.

(From IDG News Service)
Posted by PublicInformationProjects at 00:51