Who cares about press embargoes in this age of Internet(Article) 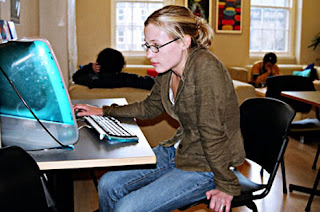 The internet is changing the rules of public relations (PR). Now that anyone can break a story through Twitter or Facebook, how should the PR industry adapt? Has the old-fashioned press release become obsolete? Is the press embargo dead?

Key Points:
• Many press releases contain an embargo, which allows journalists time to research a story in the knowledge that they won't be producing old news.
• The editor of the TechCrunch blog recently declared the press embargo dead. The site now has a policy of breaking embargoes.
• PR consultants still need good relationships with their contacts, whether they're journalists, bloggers, or an influential Tweeters.

What Is An Embargo?:
PR consultants are paid to manage news stories for their clients. They want to ensure that the timing of each story gets maximum exposure for their client. So, when they release newsworthy information to journalists, they often issue an embargo — a time and date when the news story is allowed into the public domain. Both parties benefit. Journalists get early access to information and have time to conduct research in the knowledge that they won't be scooped by a competitor. The PR consultant gets to control the story. Everyone's happy.

Recent Events:
At least, that used to be the case. The internet is speeding up the news cycle. Online journalists, bloggers and Tweeters are competing to break stories. And, as a result, the news embargo is under threat. Michael Arrington, founder and co-editor of TechCrunch, a major blog site, has declared 'Death To The Embargo'.
In his December 2008 piece Arrington wrote: “One annoying thing for us is when an embargo is broken. A news site goes early with news, despite the fact that they've promised not to. The benefits are clear – sites like Google News and TechMeme prioritize them because they broke the story. Traffic and links flow in to whoever breaks an embargo first.”  TechCrunch now has a policy of ignoring embargoes: “We may break an embargo by a minute or three days. We'll choose at random.”  The embargo is looking outdated. Anyone can set up an RSS news feed, a Google Alert or have their Tweet Deck open on their desktop to track the latest news, minute-by-minute. When information travels instantaneously, journalists don't want to wait days before they can write about a story.

Abandon The Press Release:
Brian Solis is principal of the FutureWorks new media agency and author of the book, Putting the Public Back in Public Relations: How Social Media Is Reinventing the Aging Business of PR Solis argues that the press release, not the embargo, “should be killed off.”  Solis wants PRs to create better relationships with individuals, rather than using a one size fits all approach. “I believe that some PRs have recognized that they are facing a new opportunity, and that we can renew our commitment to communications. Some are realizing they can influence through participation. However, when I look at most PRs, I don't think they recognize this opportunity yet,” says Solis. The new opportunities Solis describes include social media such as Twitter, where people are able to get instant access to the news they want. Sites such as Facebook and LinkedIn contain communities of individuals with similar interests. But, Solis argues, PRs are communicating with these social media platforms in the same way they would with traditional outlets and “haven't embraced that spirit of community engagement”.  For Solis, it's time for a change. Traditional press releases don't allow for social interaction. They should be replaced with social media releases (SMRs). “The traditional press release should be killed off, not because of its structure, but its usage. We have to think of ways ... to get a more holistic approach to distributing information through media releases.” When asked what could be taken from the traditional media releases to benefit SMRs, he replied: “The contact information at the bottom,” before breaking into laughter at the other end of the telephone.

A New Form Of Press Release:
Solis believes that some aspects of traditional practice are still relevant. Embargoes are useful, as long as they are used sparingly. “I place embargoes every week, but we only go to specific individuals, who we believe reach a different market. We don't call it a press release, we call it a summary. We say we're working on a story, here's why you should care, and if you are interested we'll follow up and give you what you need. The traditional press release has no value because there's no participation,” he explains.

A Tailored Approach To Online PR:
Lloyd Gofton, director of Liberate Media, an online PR and social media consultancy, agrees with Solis that participation with influencers goes well beyond journalists. Gofton says: “Long gone are the days when traditional media outlets were the only audience that a PR consultant needed to consider. Anyone who isn’t taking a broad range of influencers into consideration isn’t doing their job. Each of these audiences should be approached in a tailored manner, rather than being on the receiving end of blanket news distribution tactics.”

So, if amateur bloggers are receiving the same information as professional journalists, can PR consultants really expect embargoes to be respected? For Gofton, the simple answer is no. “Why should they, unless they want to continue receiving information from that source?” Gofton isn't completely rejecting the use of embargoes, as he suggests they are still relevant to releases that focus on financially sensitive information.

Keep The Embargo:
Karen Durham-Diggins, Wordtracker's PR consultant and founder of KDD PR, believes embargoes aren't dead and still have many advantages. “By placing an embargo it allows journalists the time to write or review your client's product, service or information. This enables them to give a better informed opinion, rather than just get the story out.”  Durham-Diggins says she will continue to use the embargo when she needs to maximize press for her clients. In some cases, embargoes allow her to negotiate more coverage in particular titles, by offering early publication rights.  Another advantage, says Durham-Diggins, is that: “Once a product or service goes live it’s being judged as it is - any faults immediately come under the microscope. Under embargo you can explain that it is still being tested for bugs, for example.”

What Now?:
Social media are breaking down traditional relationships. What Solis, Gofton and Durham-Diggins can agree on is that PR needs to become more personal. It is time for its practitioners to use press releases and embargoes as a way of engaging with people, telling stories, and opening up conversations.

By:  Rachelle Money
Posted by PublicInformationProjects at 08:34