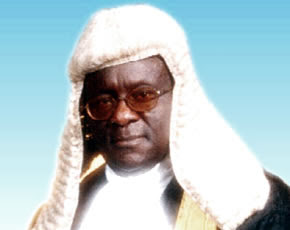 The memory of the popular Gani (22 April 1938 - 5th of September 2009) will forever remain positively and fondly ensconced in the minds of those to whom he was personally known and those who knew him via the public arena. He will remain forever etched on our national consciousness since the history of our nation and of its continuing search for its rightful position in the comity of nations will not be complete without a copious and prominent mention of Chief Gani Fawehinmi.

That Chief Gani Fawehinmi was, in his lifetime, an achiever is not in doubt, that he attained eminence and renown in his field and in his chosen fight against oppression and bad governance, within the debilitating and energy sapping environment foisted on our country by successive military regimes and civilian administrations, speaks volume for the quality and depth of his character and make up.

Gani Fawehinmi was a selfless, tireless and fearless warrior for good, he was a staunch opponent of the evil and iniquity that prevail in our society brought about by those in power but who had/have absolutely no business being in power.

Many current (and previous) public office holders will heave a sigh of relief and will feel less threatened now that their nemesis has been called to the great beyond, yet, it is the responsibility of all patriotic Nigerians of every tribe and of every religious persuasion to carry on with the fight fought so brilliantly by the great Gani and to ensure that despite the magnitude of power and influence that their ill-gotten gains engender, the enemies of progress, and those resolutely against justice, fair-play, good governance and honesty in public office are not allowed to rest easy.

We of ARG (UK) fully identify with and relate to the lofty ideals of social justice, good governance and human rights espoused and so valiantly fought for by Gani Fawehinmi.

Without the likes of Gani Fawehinmi, things would have been far worse. If the greatness of a country were to be singularly measured by the sterling activities of its outstanding sons and daughters, Gani’s qualities and the use to which he put his God given talents, would have ensured Nigeria ’s greatness. Alas, he faced an uphill struggle, at great personal cost, financially and physically, in his quest for justice and probity. Indeed the genesis of his ill health, or at least the marked exacerbation of it, which ultimately led to his death, can be traced to the advent of his many sojourns within the gallows of the various junta that have held the reins of power in Nigeria over the years and the treatment meted out to him at those periods of unlawful and unconscionable incarcerations.

Gani has not lived in vain; we should not allow him to die in vain. We must ensure that Gani’s dream and aspiration for a better and decent Nigeria lives on and is borne to fruition by carrying on the good work that he, and others of similar valour, have started.

May his soul rest in perfect peace.