Oil Above $71 After Big Tumble 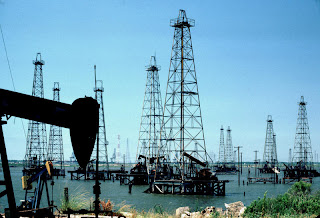 Oil prices climbed above $71 a barrel Tuesday, erasing much of the previous day's losses after a rise in global stocks eased worries about slipping Chinese crude consumption.

Benchmark crude for October delivery was up $1.41 at $71.12 a barrel in afternoon European electronic trading on the New York Mercantile Exchange. The contract fell $2.33 to settle at $69.71 on Monday.
Chinese oil demand slid 5.4 percent in August from July, the first month-to-month drop since March, according to Platts, the energy information arm of McGraw-Hill Cos., as the world's second-largest oil consumer reined in oil imports and crude throughput rates at its domestic refineries.

But an updated growth forecast from the Asian Development Bank for China and India — which said the Asian region is leading a global economic recovery — pushed world markets higher, boosting oil prices.
Energy consumption in North America and Europe has been crimped by recession, leaving China as one of the few countries that continue to consume oil, gasoline and diesel in growing quantities. That pace, at least during late summer, appeared to slow, according to a report released Monday.

"Crude oil is not moving higher, but the only problem is, it is not moving lower either," noted trader and analyst Stephen Schork, in his Schork Report. "In other words, the market is mired inside a well defined consolidation pattern — in between the mid $70s and high $60s."

But some analysts expect a second-half recovery in demand from Europe and the U.S. combined with still decent energy appetite from Asia to boost oil prices.
"I think we're going to see a pretty significant recovery in the second half in the U.S. and Europe, and demand from China has been holding up," said Christoffer Moltke-Leth, head of sales trading for Saxo Capital Markets in Singapore. "I see more upside than downside for oil prices right now."
Moltke-Leth said crude could rise above $75 during the next month. "If we can break through that, prices will likely jump to $80."

(From Associated Press)
Posted by PublicInformationProjects at 07:14