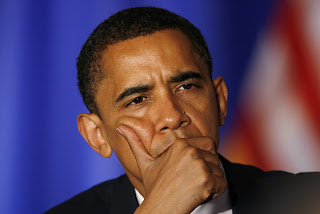 The U.S. and its five allies trying to stop Iran's suspected nuclear weapons program plan to tell Tehran in a key meeting on Thursday that it must provide "unfettered access" to its previously secret Qom enrichment facility within weeks, a senior administration official says.

The allies — the U.S., Britain, France, Germany, China and Russia — also will present in the Oct. 1 meeting a so-called transparency package covering all of Iran's nuclear activities across the country, said the official. The official spoke on condition of anonymity in order to discuss plans that are not yet ready to be announced.

The allies will demand that Iran prove to the increasingly skeptical group that its intentions with its various sites are peaceful and energy-related, as Iran claims, and not for weapons development, as the West believes, the official said Saturday.

"These nations now agree that they are less inclined to listen to suspect arguments or incomplete evidence — viewing it as a stall tactic", the official said.

But beyond the timeframe of "weeks" for coming clean on Qom, the allies will not give Iran a specific deadline to provide the information about its overall program, the official said.

The development of such a timeframe will depend on the Iranians' actions in the meeting and directly after it, the official said.

The kind of transparency the group wants from Tehran is far-reaching, covering people, timeframes and facilities. This would include full access for the International Atomic Energy Agency to any and every site, notebooks, computers and documents related to nuclear development, and all scientists.

The United States will be represented in Thursday's meeting in Geneva by William Burns, the under secretary of state for political affairs, a career diplomat.

On Saturday, Iran's nuclear chief told state TV that his country would allow the U.N. nuclear agency to inspect Iran's newly revealed and still unfinished uranium enrichment facility. Ali Akbar Salehi didn't specify when inspectors from the IAEA could visit. He said the timing would be worked out with the U.N. watchdog.

Earlier Saturday, President Barack Obama offered Iran "a serious, meaningful dialogue" over its disputed nuclear program, while warning Tehran of grave consequences from a united global front.
"Iran's leaders must now choose — they can live up to their responsibilities and achieve integration with the community of nations. Or they will face increased pressure and isolation, and deny opportunity to their own people," Obama said in his radio and Internet address Saturday.

The White House responded to the development by urging Iran's complete and immediate cooperation with the IAEA. "After hiding this site from the international community for years, full transparency is essential, and it is time for Iran to play by the rules like everyone else," White House spokesman Tommy Vietor said.

Obama said in his address that evidence of Iran's building the underground plant "continues a disturbing pattern of Iranian evasion" that jeopardizes global nonproliferation.

Ahead of Thursday's international talks with Iran in Geneva, Obama said the world "is more united than ever before" on this issue. Those negotiations, he said, "now take on added urgency."

Iran's failure to comply with international inspectors raised the potential of tougher economic penalties, although Obama and administration officials did not rule out military action.
"My offer of a serious, meaningful dialogue to resolve this issue remains open," Obama said, urging Tehran to "take action to demonstrate its peaceful intentions."

Evidence of the clandestine facility was presented Friday by Obama and the leaders of Britain and France at the G-20 economic summit in Pittsburgh. The news overshadowed developments on regulating financial markets and reducing fossil fuel subsidies.

Soon after, Russian President Dmitry Medvedev, at his own news conference, urged Iran to cooperate, as did Chinese Vice Foreign Minister He Yafei. He, however, did not endorse penalties against Tehran.

At a news conference in New York, Iranian President Mahmoud Ahmadinejad said his country had done nothing wrong and Obama would regret his actions.
"What we did was completely legal, according to the law. We have informed the agency, the agency will come and take a look and produce a report and it's nothing new," he said.

Ahmadinejad said the plant — which Iranian officials say was reported to nuclear authorities as required — wouldn't be operational for 18 months. But he sidestepped a question about whether Iran had sufficient uranium to manufacture a nuclear weapon.

(From Associated Press)
Posted by PublicInformationProjects at 10:51

chidi opara reports network members in Port Harcourt report that the Garden city Literary Festival(GCLF) organized for the second year by the Rainbow Book Club and the Rivers State Government ended yesterday on an impressive note.

The festival tagged "Garden City Literary Festival 09" with the theme "Building Bridges" started on wednesday at the five star Hotel Presidential with the governor of Rivers State Mr. Chibuike Rotimi Amaechi as guest of honour. "I note with satisfaction the amount of industry that have gone into the planning and organization of this festival, particularly the impressive array of renowned writers invited to participate in it", the governor told participants in a speech at the opening session.

Mrs. Koko Kolango, the founder of Rainbow Book Club said that "The festival aims to provide a platform for networking between players in the book chain industry, literary connoisseurs and the general public".

Absence of the renowned Kenyan writer and activist, Professor Ngugi Wa Thiongo on the opening day  some how dampened enthusiasm, but the presence of Nigerian renowned poet amd playwright, Professor John Pepper-Clark brought some pomps to the ocassion on the first day. Mrs Buchi Emecheta, renowned Nigerian feminist writer could not attend as advertised due to ill health.

Ngugi Wa Thiongo who was to deliever a keynote address on: "Transitions And Continuities In African Literature", made up for his absence at the opening on friday during a writers' workshop and on saturday during the "meet the author" session.

The festival rounded up with an impressive performance of Professor Clark's play "The Wives Revolt" by students of Theatre Arts Department of the University Of Portharcourt and a superlative musical concert by a Port Harcourt based coral group led by 80-year-old Charles Wakama.

Mrs. Sarah Abimbola, a participant who claimed to be "in the book business" was full of praises for the organizers and the Rivers State government. She implored chidi opara reports to "please appeal to other states governors to sponsor events like this".

Mr. Chidi Anthony Opara, a poet and Publisher/Editor-In-Chief of this medium, who was a participant however opined that "writers like Professor Ngugi should have used the forum to canvass for a modification of governor Amaechi's policy of rendering the common people in Port Harcourt homeless and shopless through demolition of structures without provision of alternatives". "What will they do with the paltry sums paid as compensations, which in most cases are paid to the so called landlords anyway?", he queried. 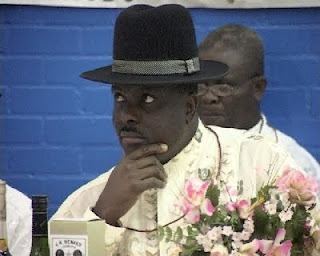 Who ever is deceiving James Onanefe Ibori that his recent parley with media executives will hoodwink Nigerians, by now must have realised that any attempt to whitewash a stinking jail bird will serially reveal deep seated rotten skin that left an appalling and undesirable aroma.

The war agaisnt Ibori should not be smartly limited to Ribadu & Obasanjo against Ibori but it is totally Ibori against the People of the Commonwealth of which Nigeria is one.

Some Nigerians are not stupid & will never sell their conscience for anything, I made this assertion based on my first hand experience as a Counsel to ensure that Ibori and Co. have date with our law over some alleged financial sleaze that was perpetrated during his tenure as Governor of Delta State, particularly the allegation of using Supplementary budget to wantonly loot over N165 Billion Naira from the treasury of the State.

Nigerians are not stupid and Ibori should be asked whether Ribadu or Obasanjo had hands in his double conviction 18 years ago in Britain, as the case goes, Ibori and his then girlfriend(now wife), Theresa Ibori(nee Nakanda), were found guilty of theft committed at a supermaket in london. Mr. Ibori was fined 300 pounds sterling and ordered to pay another 450 pounds sterling as cost.

Mr. Ibori was convicted again, this time for handling a stolen credit card, on the day this conviction was been narrated by Rotimi Jacobs at Federal High Court, Kaduna, as the next person sitting very close to the lanky Ibori who was standing in the dock, I was surprised to note that Ibori nodded severally in agreement with Rotimi Jacobs’s impeccable narration of these facts.

Ibori also needs to be asked whether Ribadu & Obasanjo had anything to do with his famous sleeze of 1993, during the reign of General Sani Abacha, on how he was involved in more than a million dollars found in his account by the US.

The same Ibori, not Ochuko Ibori needs to be asked whether Ribadu and Obasanjo front loaded their indictment of Ibori to convicted a man named James Onanefe Ibori of negligent conduct and criminal breach of trust in 1995.

Interestingly Ibori did not name the much expected Delta Elders & Citizen Forum led by Chief E.K. Clark that have been calling for prosecution of their son over the alleged crime as those behind his woes.

He expects us to be stupid, otherwise he would never have come up with such thrash of naming Ribadu and Obasanjo as behind his woes.

In as much as Obasanjo has being accused of several things, with the information I am previledged to have, Obasanjo even stopped the impeachment of Ibori.

Nigerians are all nerves to ensure that Ibori and his likes pay for his sins against his motherland and humanity.

The questions the media executives should have asked Ibori are : Did you steal or did you not? If you did not steal, why are you and your associates being tried left, right and centre? Why have you always been associated with stealing and criminal trial as well as serially convicted, even before Ribadu became EFCC chairman?

Ibori ought to have been tried for concealment of information and the breach of our sacred Constitution for even presenting himself for the post of Governor of Delta State despite the provision barring ex-convict from holding a public office.

The press statement itself is an attempt to prejudice the extant cases before the Federal High Court, Asaba and has affected his bail conditions and as such his bail presently stands revoked.