Justice For Slain NYSC Member, NO To Indecent-Dressing Bill(News Release) 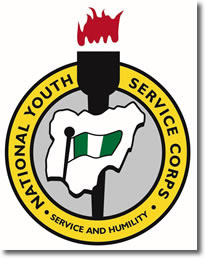 Afenifere wishes to condole with the family and colleagues of Miss Grace Ushang, the National Youth Service Corps (NYSC) participant raped to death in Maiduguri, Borno State, by suspected religious
fundamentalists who said they were incited by her wearing a pair of regulation khaki trousers.

We urge The Presidency to investigate the incident and ensure the speedy arrest and prosecution of these animals. The perpetrators of this crime must not be treated with hid gloves. They must be made to feel the full wrath of the law, together with their backers.While the whole world awaits authority's reaction to this ugly  episode, Afenifere wishes to warn that the determination of this case will dictate the South-West subsequent directives to our sons and daughters as per their participation in the NYSC programme and their residence and work in certain parts of Nigeria. We cannot continue to expose our kinsmen to the belligerence of hostile host communities. It will be recalled that last year, the South-West lost some of its youths, murdered in  cold-blood by fundamentalists fighting in Jos, Plateau State. Such incidents erode the very essence of the NYSC programme and question its raison d'etre, which is to foster national unity. However, we shall not stand by and watch unchecked radicalism spill the blood of Southern youths needlessly, especially where beneficiaries show the utmost disdain for their presence and sacrifice.

Meanwhile, Afenifere cannot but draw a parallel between the killing of Miss Grace Ushang and recent  happenings in fundamentalist Sudan, where a female journalist was jailed by a Sharia court for wearing  trousers.We feel uncomfortable that the Indecent Dressing Bill before the National Assembly mirrors that  article of the Sudanese penal code under which the female journalist, Ms. Lubnah Hussain, was indicted and punished. We hereby reject that Bill with a loud NO. Henceforth, we shall instruct our representatives in the Senate and the House of Representatives to rally all well-meaning Nigerians from the North-East,  North-West, North-Central, South-South and South East, in order to actively work against the reading, debating and passage of that Bill. Such a draconian and religion-tainted law must not be stopped at all costs. It endangers the very essence of the Federal Republic of Nigeria. It is one more attempt to slip religion into our statute books and it is not acceptable.

Afenifere throws its weight behind all moves to kill the Indecent Dressing Bill.