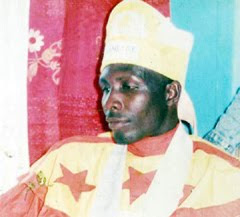 Prior to the attack on his well organized tactical base known as "Camp Five" by the Joint Taskforce On Security(JTF), Mr. Ekpemupolo whom insiders insist ran the most organized militant camp with the most sophisticated weaponry had running security consultancy contracts with these oil and gas majors.

These contracts, according to authoritative oil and gas sector contacts entailed assigning escorts to accompany loaded oil and gas vessels from points of loading to points of departure from Nigeria's territorial waters.
"Tompolo knows everybody capable of causing trouble and he settles them before every movement, so that when vessels move, there would be no problems", an oil major top field management staffer told chidi opara reports in Port Harcourt.

"They are asking general to resume duty immediately, but right now, he is busy with the assignments the President gave to him, he is likely to resume by November 1st", a contact close to Tompolo whispered to us.

"There is still fear that pirates may attack unaccompanied vessels, so we want him to resume as soon as possible", an LNG official told chidi opara reports in Bonny on monday on condition of anonymity.

Another contact close to Tompolo told us in Warri yesterday that "our escort boys are ready to resume duty anytime general gives go ahead order".
Posted by PublicInformationProjects at 03:35