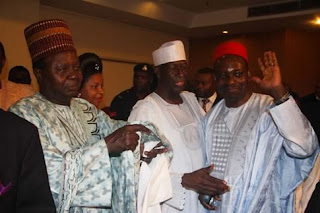 With damaging details of the business interests of the Yar'Adua family, especially, the huge fortune stashed away by the President's late elder brother, the charismatic and astute Shehu Yar'Adua, made when he served as Vice-president during the Obasanjo military regime, rtd. general Olusegun Obasanjo have again blackmailed Umaru Yar'Adua to grant his request, this time for the immediate past governor of Central Bank Of Nigeria(CBN), Professor Chukwuma Soludo to be made the Peoples' Democratic Party(PDP)candidate for the february 2010 gubernatorial election in Anambra state. Obasanjo as Nigerian President in 2007 engineered the emergence of Umaru Yar'Adua as President. Professor Soludo have emerged the PDP gubernatorial candidate in a conroversial congress in Abuja.

chidi opara reports was informed by PDP insiders that at the expiration of Soludo's tenure as CBN governor, Obasanjo had pressured Yar'Adua to renew the tenure of the former CBN helmsman, but the President resisted the move because of a more intense pressure to terminate Soludo's reign at the apex bank from some powerful elements from northern Nigeria. Obasanjo who is the PDP Board Of Trustees chairman and  commands some influence whin the ranks of the ruling party, according to these insiders had to committ the President to a promise that Soludo would be made the party's flagbearer in Anambra for the 2010 governorship election. It is not known so far why the immediate past President withdrew support for the candidature of Mr. Andy Uba, who worked closely with him when he was President and whom he had supported all along.

Investigation by chidi opara reports however revealed that the President's promise to make Soludo PDP flagbearer in Anambra state did not go down well with his kitchen cabinet who sought for ways to thwart it.

We learnt on good authority that when some Obasanjo informers in the Presidency got wind of this, they immediately informed the immediate past President, who wasted no time in reminding the President of what will follow if the promise is not granted.

"The President knows that he would have been stripped naked in public if the Anambra result was otherwise", an Obasanjo insider boasted to one of our network members in Lagos this Afternoon.
Posted by PublicInformationProjects at 08:49 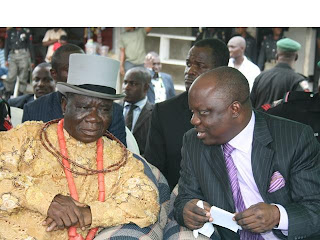 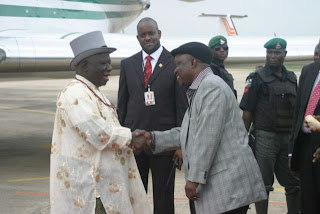 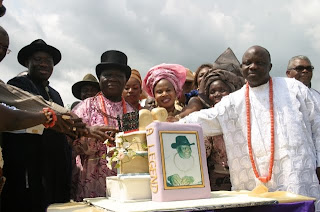 The closeness of Edwin .K. Clark to former Niger Delta militant leaders places him on the platform of Nigeria's Niger Delta godfather, who is always courted by those who seek favours from the corridors of power. Those who have problems with the Authorities are not left out.

chidi opara reports can now reveal that his Abuja residence is like a pilgrimage centre for favour seekers, including some former bank chiefs recently relieved of their positions by the Nigerian apex bank and handed over to the Nigerian anti-corruption agency(EFCC) for investigation and prosecution .
Posted by PublicInformationProjects at 03:05