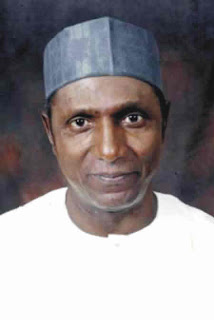 Afenifere Renewal Group (ARG) condemns strongly the plan by the Yar’Adua regime to pile further untold hardship on the Nigerian people through a dubious deregulation of the downstream sub-sector of the oil industry which will commence on November 1, 2009.


The latest notice of further impoverishment of the people was served at the weekend by the Group Executive Director of the Nigerian National Petroleum Corporation (NNPC), Mr. Aminu Baba Kusa in Lagos.

As if to confirm our fears all along that whenever government talks about deregulation in these parts what they mean is price increase, there have been speculations that a litre of petrol would sell for N94.11 and Kerosene for N102.25 from November 1.

The net effect of this would be astronomical increase in the prices of goods and services and further deepening of poverty which is already at 76% nationwide.


As it is today, life has become unbearable for our people with virtual dislocations in every sector which has resulted in massive unemployment with attendant social crises like violent robberies, kidnappings and fraudulent acts.

It takes a leadership bereft of capacity to gauge the mood of the citizenry to conceive such an idea at this precarious time without considering the social havoc such a decision is bound to generate.

The question that concerned people are asking at this stage is why punishing the people for the mismanagement of the oil industry by the successive governments including the present one?

To start with, Nigeria today is about the only one among the largest producers of oil in the world that cannot refine petroleum products for its domestic consumption, something that is no issue in countries without oil and even smaller to Nigeria.

India has just built the fourth largest refinery in the world. Singapore has no oil but has built 34 refineries through which it exports refined products from imported crude. Even war torn Sudan has 4 functional refineries that produce 181,000 barrels per day. Congo equally has a refinery that churns out 21,000 barrels daily.

Is it not a shame to the Nigerian authorities that while our people are undergoing this resource curse of paying N65 per litre of fuel, which may yet hit the roof from November 1, it costs N2.20k in Venezuela, N4.30k in Iraq and N23.30 in South Africa that does not produce oil?

It is equally fraudulent to talk of deregulation when all the government wants to do is to jerk up prices through a fixed price regime from Abuja.

Ideal deregulation should see prices being dictated by Market forces in different areas. This is what operates in India where a litre of fuel sells for Rs53 in Pune, Rs 44 in Mumbai and 52Rs in Bangalore. How can a government that only export crude at a price it cannot determine and import refined products at a price others determine be talking of deregulation?

We must also point out that it is the largely incompetent leadership of Nigeria over the years that has seen the total failure of the NNPC, where the Petrobras of Brazil, Stateoil of Norway and PETRONAS of Malaysia built long before Nigeria have continued to remain successful.

Should the Government go ahead, with this punitive massive, we call on organized labour, civil society groups and all strata of Nigeria to be prepared to reject this measure by all constitutional means necessary.


Lastly, we challenge the Yar’Adua administration to make public all that have been spent on Turn-Around Maintenance (TAM) of non-functional refineries in the last ten years.