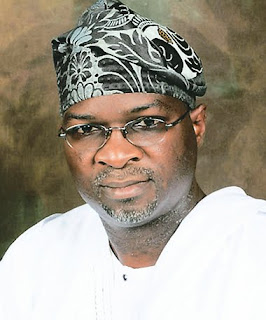 The Democratic Peoples Alliance (DPA) has urged the Lagos State Government to factor into the 2010 budget, the United Nations’ recommended 26 percent of total expenditure for Education, as well as establishing structures that will enhance the routine maintenance of roads.

Lamenting that the state currently spent only N10 billion (3.5 percent of the N405 billion budget for 2009) on Education, the party blamed the under-funding of the sector for the incessant strikes by teachers and related civil servants in the state.

In a statement by its Director of Publicity, Felix Oboagwina, Lagos DPA recalled that the government had assured teachers that their agitations for a Teachers Salary Scale (TSS) would be accommodated in next year’s budget, and warned that the state had no reason to renege on that commitment.

The party was reacting to pronouncements by Lagos government functionaries arising from a 3-day budget retreat that the state planned to emphasise the completion of ongoing projects next year. DPA welcomed the plan but observed that the government had failed to address the problem of over-concentration on capital expenditure.

According to the party, Lagos experienced failure in its recurrent expenditure, especially the maintenance of existing structures, as evidenced by the plethora of bad roads and the recourse to public-private initiatives in mundane matters like refuse disposal, roads, water supply, transportation, street lights and flood control.

“We cannot disagree with people who say Governor Raji Fashola has performed well in initiating capital projects. But maintenance is clearly shouting neglect. This year, the government has appeared determined that big contracts in the billions are more worthwhile than road maintenance of lower value. The government has really diminished minor road repairs,” DPA said. “If the capital projects will make sense, the government must turn its attention to the simple task of repairing potholes, bumps and craters.”

Apart from catering for the TSS in the Education sector, the budget must ensure it concentrated on trimming overcrowding in schools that sometimes recorded over 120 students per class, instead of the United Nations recommended pupil-teacher ratio of 1:25, DPA said.

The party similarly counseled that the 2010 budget must aim at strengthening the direct-labour department of the state’s Ministry of Works and the state’s road maintenance agency to facilitate first-aid application of bitumen to bad roads. It discouraged the state from filling potholes with granite as ad hoc relief since experience has shown that the stuff quickly eroded, with little to show for expended money and effort.

DPA challenged the State House of Assembly, which will debate the budget proposal, to be more proactive and take seriously its oversight function in order to make the government responsible and accountable for the benefit of the people.

It said the state had failed to deliver on housing, health, education, roads, industrialisation and land-utilisation. The party said this failure accounted for the mushrooming rate of unemployment and the falling standard of life in the state.

The party urged the government to adopt the bottom-top approach to budget-planning. It said that this way the state would achieve service delivery and be on the same page with Lagosians as far as definition of priorities.

DPA further encouraged the state to tackle the complaints of hoteliers and industrialists protesting double-taxation, saying that failure to do so would paint Lagos as a hostile business environment, engender exodus out of the state and discourage new investments..