Indications have emerged that the former Director-general of Nigeria Intelligence Agency(NIA), Mr. Emmanuel Imohe who was relieved of his post yesterday by the President was shown the way out because of leak of the memo he wrote to the Permanent Secretary of Ministry Of Foreign Affairs advising that the passports of Messrs Nuhu Ribadu and Nasir El-Rufai should not be renewed when exhausted/expired,  not beacuse of issuing "unauthorized" memo which Presidency publicity handlers are pushing out to the public.

chidi opara reports' usually reliable Presidency contacts were unanimous in their insistence that the President's decision to show the erstwhile Intelligence Chief the way out was as a result of the unserious manner in which the former Director-general handled assignments, even those considered as very important matters.

We also learnt that atleast on one occasion, the National Security Adviser(NSA) had advised him to "clean his Agency", another phrase for getting rid of disloyal operatives.

"In NIA and other security agencies, we have operatives who spy for some individuals and organizations, but while some agency heads were cleaning up, some like the former NIA boss were doing nothing in that area", a middle level security operative in one of Nigeria's foreign missions told chidi opara reports in an online interaction.

Presidency contacts also revealed that the President chaired the meeting of select security chiefs in which the decission was reached to issue the instruction and the lot fell on the former NIA chief to write and send the memo "though secure channels". "Everybody including Mr. President was therefore surprised when the memo leaked to the public, which means that the channels of distribution were not secure ones as instructed by the President", a Presidency senior security personnel whispered to chidi opara reports.

Independent checks by this medium a few months ago had however revealed that members of a well known fraternity formed in the 1960s who work as operatives in the security agencies are responsible for some of these leaks of official memos. We also gathered that their loyalty goes first to their fratenity leaders.

A member of this fratenity who is now a Deputy Suprintendent Of Police(DSP) in a special unit in Port Harcourt, in an unguarded moment told one of our network members who was in his unit in february to effect the release of a relative that "our loyalty is first to our capons". Some of these "capons" we learnt are radical lawyers, radical lecturers and Publishers/Editors of left wing news media organizations.
Posted by PublicInformationProjects at 04:44

Article: Ibori And His Spin Doctors 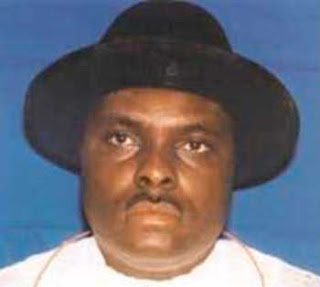 How do you solve a problem like Ibori? That’s the $15 million question that confronts Nigerians who are smart enough to distinguish between hubris and reality. Expectedly, the Ibori conundrum has thrown up a couple of spin doctors who, like their paymaster, believe that if you have enough money you can fix anything in . It is hard to fault them, though. Like every major case of corruption and grand larceny in , the Ibori matter may just fizzle out because apart from the fact that we all suffer collective amnesia, we generally do not have much patience for anything that does not immediately address our quest for bread and butter.

In tackling the Ibori mystery, I shall draw attention to some of the issues raised by Tony Eluemunor who goes by the coveted title, “Media Aide to Chief James Onanefe Ibori”, and Tonye Timi, the latest addition to the growing list of passengers in the Ibori gravy train, perhaps, the most lucrative business in today.

I shall return to Tony. But first to Tonye Timi who a few days ago accused Ibori’s “detractors and enemies” for his current travail. According to Timi, this is nothing but an attempt, by a section of the press (surely, those not controlled by Ibori) to scandalize him. For a man whose whole life has been dogged by scandals, this is really saying very little. How do you scandalize an Ibori whose middle name could as well be scandal? Suddenly, it is being made to look like this is the first time Ibori has had issues with the law. So it is convenient to accuse those who call on him to account for his tenure as governor of for eight long years as “detractors and enemies”.

In his write-up, “Ibori and the 'infamous press scribblers'” Tonye Timi claimed that “Ibori delivered to the people of Delta, programmes aimed at modernising public infrastructure, boosed (sic) socio-economic recovery and integrated the riverine and upland areas of the state. Between May 1999 and May 2007, Ibori executed numerous projects in strategic sectors of roads, bridges, drains, transport, sports, agriculture, education, health care delivery/hospitals, water, tourism, education, among others. The massive road construction efforts opened up communities, while ambitious but completed bridges have linked riverine areas to the upland areas. Impressive rehabilitation of hitherto dilapidated roads have (sic) eased vehicular movement in towns and cities”.

I leave it to the people of to come out and disprove all Timi claimed Ibori did. Timi concluded that “it is expected, therefore, that a man with these robust streak of achievements in the political, social and economic spheres like Ibori will have both internal and external oppositions. Ibori is, however, not one to be intimidated by any orchestrated legal attacks. After all, he successfully defended himself in similar situations not too long ago”.

This is where the problem lies, Mr. Timi. I am not sure of the similar situations that are referenced here. Ibori’s case (corruption, bribery, money laundering, etc) is still in court in and his accomplices are still on trial in the . The only time Ibori successfully defended himself in his numerous criminal cases was when the Supreme Court infamously ruled that there was no sufficient evidence -- despite the convicting judge’s testimony -- that the James Onanefe Ibori who was convicted by a Bwari Magistrate Court in Abuja of theft in the 1995 case was not the same James Onanefe Ibori who would emerge as governor of Delta State. Ibori’s double convictions in the in 1991 and 1992 still stand as court papers show!

Now to the more substantive issues raised by Tony Eluemunor.  The great spin doctor that he is, Tony wants us to stand behind James Ibori in his orchestrated face-off between Ibori and Nuhu Ribadu, former Chairman of the Economic and Financial Crimes Commission (EFCC). So what is Tony’s strategy? Rather than allow his client to address the various issues he is on trial for in court, he thinks by throwing up red herrings, he can build a case for Ibori.

The major issue in contention for Tony is Ribadu's $15 million bribery allegation against Ibori. It is easy for him to gloss over the fact that Ibori is facing over 100 charges in the special court created purposely for his case in Asaba, . But, let’s for once leave that issue, give Ibori the benefit of the doubt and wait for the court to render justice.

Tony needs to be reminded that Ribadu is not the one on trial here. According to Tony, Ribadu solicited for funds from those he claimed to be investigating for a non-existent EFCC Football Club. The EFFC Football Club in question ought to be part of the football league of the where EFCC is headquartered, so this is easily verifiable. Those Ribadu purportedly solicited money from are Nigerians who most likely are alive, so it is possible to name them and perhaps subpoena them in a trial for extortion.

Tony has also claimed that Ribadu blackmailed those he was investigating for hotel accommodation payments at , Mayfair, , where he stayed on his way from . Talk about ridiculous and cheap blackmail! When did this take place? Since Tony and Ibori know this hotel and the person or persons who may have paid for the accommodation, what are they waiting for? Ibori has the power, seriously, to order the attorney general of the federation to investigate his claims and institute legal actions. After all, the man, I mean the AGF, doesn’t hide the fact that justice is all about the Benjamins.

It is pathetic and shameful that with the resources at his disposal and the attorney general of the federation at his beck and call, all Ibori can muster against Ribadu who ran EFCC for almost five years are these flimsy and spurious allegations. Surely, the Teflon Don and his media hirelings can do better than this if they want to be taken seriously.

Mr. Eluemunor, what is in contention here is whether Ibori was convicted twice in in the early 90s. If he was, then there is no legal or moral basis for him to have been governor in the first place. Forget your spurious claim (the evidence being “vexatious and pointless”) about what the court in said on the authenticity of the court papers presented by EFCC to support the claim of Ibori’s convictions in . I am not a lawyer, but how can evidence about the double convictions of someone charged with wrongdoing in a criminal case be “vexatious and pointless”? When you say the issue of conviction allegations had been trashed out in the Federal High Court, , are you saying the court quashed the convictions or ruled that there were no convictions at all?

My dear Ivy League media guru, it doesn’t matter whether you stand by the decision of the Kaduna High Court as you claim or not. This is not about you and where you decide to stand or sit. As I noted earlier, I am going to wait for the special court in Asaba to render its judgement in the case of Ibori vs the Federal Republic of Nigeria which he controls for now. But in the meantime, can you please confirm if the James Ibori that was convicted twice in the is the same James Ibori who served as executive governor of between 1999 and 2007!

Need I remind you that this issue you refer to as “vexatious and pointless” will rear its ugly head when the trial of Ibori and co resumes in next month.