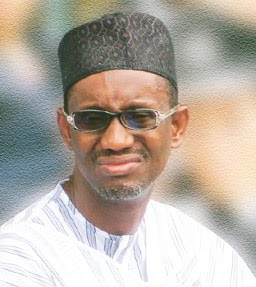 chidi opara reports is privy to a plan by the Nigerian government to detain furgitive former Nigerian anti-corruption agency chief, Mr. Nuhu Ribadu. Ribadu, a former police officer had in the wake of his dismissal from the police in controversial circumstances relocated to Europe on self exile. He was the first Executive Chairman of Economic And Financial Crimes Commission(EFCC). He was said to have left the agency with files containing very sensitive documents said to be capable of embarassing the government.

The plan we learnt authoritatively would be executed through the Code Of Conduct Tribunal headed by Justice Constance Momoh. Mr. Ribadu is standing trial at the tribunal for alleged failure to return his assets declaration form as and when due as stipulated by public service rules. We do not have information on a possible Justice Momoh's knowledge of the plan.

A senior security contact in Abuja told chidi opara reports that arraigning the former EFCC helmsman at the tribunal was "the second option" in the plan to bring him back to the country and detain him. "We are aware that the tribunal cannot take his plea in absentia, so lets see how it goes", another senior security contact also in Abuja informed us. The tribunal adjourned the case to November 20th, with an order for Ribadu to appear in person on that date to take his plea or be arrested. It is not known so far if the former EFCC chairman would obey the order.

Another security contact revealed to us that the plan is to prevent Ribadu from leaving the country after taking the plea. "I can assure you that other matters would come up as soon as he comes down here."

It will be noted that the Nigerian government recently issued a memo to its foreign missions dircting that Mr. Ribadu should be denied consular services. The memo however, leaked and the Nigerian Presidency had to reverse the directive due to public outcry.

A contact close to Ribadu told chidi opara reports in Yola, Adamawa state that the former anti-coruption agency chief is aware of the plan and "will use legal means to fight it if it happens".
Posted by PublicInformationProjects at 07:26 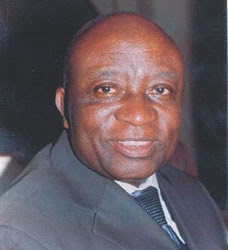 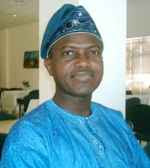 The Association Of Nigerian Authors(ANA)have in the early hours of today, at its annual convention in Minna, Niger State elected Dr. Jerry Agada as its President. Dr. Agada, prior to being elected President was Vice-president in the outgone Wale Okediran administration that came into office in 2005.

The Benue state born writer have been sworn into office for a two-year-tenure.
Posted by PublicInformationProjects at 06:15