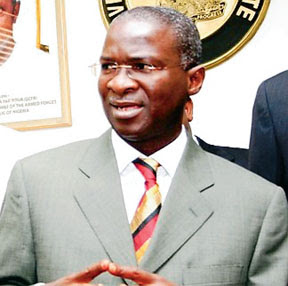 The Democratic Peoples’ Alliance (DPA) has upbraided the Lagos State Government for betraying market women, traders and businessmen of Tejuosho Market by ceding the burnt complex to a private developer who has offered shops at a minimum of N750,000 per square metre.

Calculating that each trader would need a minimum of N3 million to secure space in the proposed complex, Lagos DPA in a statement by its Director of Publicity, Felix Oboagwina, regarded the pricing as scandalous, outrageous, unrealistic and clearly beyond the reach of old tenants.

In the words of the party: “For traders who paid about N60,000 per year for their shops now to be suddenly slapped with a rent of N3 million for those same spaces insults the intelligence.”

Calling on Lagosians to resist this new move, DPA described it as part of the grand design to sell off Lagos assets to private holdings, recalling that a similar treatment had beendispensed to the Lagos State Polytechnic Campus at Ikosi-Ketu, School of Nursing Ikoyi and mortuaries in government-owned hospitals.

“This is not Shoprite in Lekki or Silverbird Galleria at Victoria Island . This is Tejuosho Market and Tejuosho market has always been the people’s commonwealth, a legacy. Some of the stalls were handed down from generation to generation. It is a market for the masses and a veritable neighbourhood melting-pot, where the high and mighty rubs shoulders with the lowly. This new elitist allocation is contemptible, immoral, treacherous and reprehensible. It lacks any trappings of equity; it must be stopped,” DPA said.

DPA said the new market deal would alienate the patronage of the housewife, the University of Lagos , Yaba College of Technology and neigbouring institutions who patronised the market for their daily needs from petty traders at the old market.

The party recalled that when traders staged a demonstration to Alausa Government House after the market got burnt in December 2007, Governor Fashola assured them they would get back their spaces.

“This creates a brand new confusion for the dislocated traders who trusted the government to undertake repairs and turn over their shops to them as promised,” DPA said. “This turn of events is pure treachery and absolute betrayal.”

According to the party, Governor Fashola might be regarded as an efficient administrator, but he has consistently proved he is not a Governor for the masses, because “many of his policies make life harder, harsher and unbearable for the masses and the poor.”

The party pointed out that the displaced traders had found life difficult and impossible to find their footing after part of the market got burnt a few days to Christmas in 2007. Many who had stocked for Christmas lost a fortune in the mystery fire.

According to DPA, “Where will a woman selling pepper or cow hide skin delicacy (pomo) find N750,000 per square metre? Or where will the man selling underwear and skirts and the struggling youth selling second hand clothing cough up such a sum? Yet the government suffers no moral qualms sending KAI Brigade and Black Maria to arrest them at the Yaba rail-side for street-trading and hawking. This is a terrible contradiction.”

The party asked the Lagos State House of Assembly to urgently intervene in the matter and ensure that the displaced traders did not have their hopes dashed or end up losing their means of daily bread.

DPA recalled that displaced Tejuosho traders migrating to places like Mushin discovered they needed about N250,000, a rent they saw as exorbitant, which made them to endure the long wait for the rehabilitation of their burnt facility by the state government.

The party recalled that it once asked the government to investigate fire incidents at Tejuosho and other markets, as such fires fueled suspicions they were started by arsonists bent on forcing out traders that opposed takeovers by property speculators and developers.

“The demolitions, and the way the government is handling this issue, further fuel such speculations,” DPA said. “No doubt, Governor Raji Fashola will not want to be pinned with this legacy of increasing the people’s hardship through such an ill-advised move. His government must try to find a synergy between private enterprise and the greatest good for the greatest majority.” 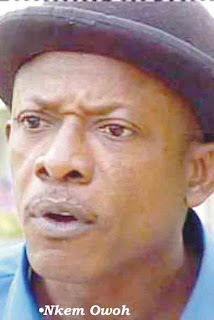 A citizen reporter in Enugu just sent in a report that popular Nigerian home video comedian,  Mr. Nkem Owoh was yesterday kidnapped by armed gunmen as he was making a journey from his Enugu base to Port Harcourt.

The kidnappers, according to the report "have already demanded a huge sum as ransom". An unconfirmed information at the disposal of chidi opara reports however put the amount at twenty million naira.
Posted by PublicInformationProjects at 04:14