Article: Legality Or Otherwise Of The Recent Deposition Of Deji Of Akureland By The Kingmakers 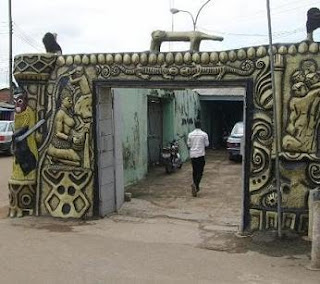 Cosmic compassion and reflection need to be exercised in discussing the legality or otherwise of the alleged pronouncement of deposition of the Deji of Akurekingdom, a paramount ruler of Akurekingdom and its environs.

While we will not make the usual mistake of jumping into sentiments and variables that led to the Kingmakers’ pronouncements, it is advisable for us at this point to limit our opinion and suggestion to what we know and what can be difficult to be faulted i.e. the principles that guided the procedures of deposing a King in Akure kingdom.

However, the principles to rely on in the deposition of the Deji of Akure are the known Akure traditions, cultures and customs and we may add any verifiable historical antecedents.

Interestingly, having painfully made researches and contact, there is no known history of deposition of any Deji of Akure which therefore means that the Deposition of Deji is alien to Akure chieftaincy practices.

Deposition of any Deji has never been done before which therefore made the recent alleged deposition by the Kingmakers without any legal and moral justification a taboo.

The question that then needs to be asked is how can a Deji be removed from office? This question lies in the Ondo State Chieftaincy Law and several other courts authority which its combine effects stipulate that it only the Governor of the state that has such exclusive power to depose any errant king.

One is bold to resolve that by virtue of the Chieftaincy Law, the essence of Kingmakers and its functionality has been narrowly reduced to Advisers.

Thus, they are meant to only play advisory role and make recommendation not on the pages of newspaper but through the proper channels to the Governor of the State on who to be appointed/removed as the King. Therefore, it is legalistic to say the only institution permitted under the law to exercise its discretionary power to appoint/remove an Oba is the Governor of the State.

In the nutshell, the conduct of the Kingmakers so far is ultra vires, unconstitutional and usurpation of the power of the Governor and is therefore has no effect whatsoever.

One cannot but expect sentiments to be accrued to disagree with this position. A careful and detailed enquiry into such opposition would invariably emanate from Moral Aura. It is clear that this is the position of the Law and it stands until and unless it properly changed.

It takes a legisperitus of able mind to understand the underlying truth beneath this line of thought.
Irrespective of the above in view of the desire peace not only in Akureland but in every place of the realm it is opined that what is paramount in the instant case is the need for the present Deji, Oba Oluwadare Adedapo Adeshina and the Akure’s Chief in Council to sit together moderated by Ondo State Government to chart a peaceful way to end the seemly imbroglio particularly when the Deji has confirmed that it is only a family matter.