Article: Planting The Seeds Of Prosperity In Africa 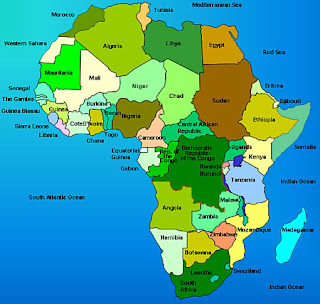 Last month, the International Monetary Fund and the African Export-Import Bank made $800-million in credit available to Zimbabwe.

This initiative is meant to help the country restore its ravaged economy. But for Zim and other nations that lack the basic institutions required to build wealth, simply loaning or giving them money is not an effective
strategy for reducing poverty. What's needed instead are programmes that foster the conditions that cause long-term prosperity and well-being.

A report just released by the Legatum Institute, an Independent development think tank, helps identify some of those conditions. The 2009 Legatum Prosperity Index was developed by a group of 13 distinguished economists and policy experts. The study ranks 104 nations by their level of prosperity.

Of the 15 countries that ranked lowest on the Index, nine are in Africa even though many African countries, from the small Guinea Bissau to the relatively large Ethiopia, were excluded from the rankings due to a dearth of data. Overall, 55% of Africa's population, and 90% of the world's population, is covered by the Index.

Africa's dismal performance can't be attributed to a lack of aid. The region received a total of $716-billion in international assistance between 1960 and 2006, after adjusting for inflation. Yet many countries in the region have failed to achieve sustained economic growth. In 1981, 53.7% of Africans were living below the poverty line. Today, that number is virtually unchanged - it's still above 50%.

For policymakers, then, the big question is as follows: If 50 years' worth of aid hasn't had much effect, what will? The Index points the way to an answer. It identifies nine ‘building blocks’ of prosperity - economic fundamentals, entrepreneurship and innovation, education, democratic institutions, governance, health, personal freedom, security, and social capital.

Nations lacking in these areas are at a serious disadvantage when it comes to achieving both wealth and happiness. Viewing Africa through this lens, the nature of the region's problems becomes clearer.

Look at Kenya, which ranked 95th on the Index. Almost a quarter of Kenyans live on less than $1 per day. The country's plight is exacerbated by a disastrously high incidence of HIV/Aids, with close to 5% of the population infected.

Traditional aid hasn't helped Kenya because it doesn't address the country's systemic problems. Kenya is plagued by high rates of assault, homicide and theft, due to frequent civil conflicts often caused by its repressive and corrupt government.

Or take Nigeria, which came in at 98th overall. The technology infrastructure in that country is very poor, with less than one personal computer per 100 people. Only 63% of Nigerian workers have attended primary school, and less than a third of the country's students have a secondary education. Nigerian elections are poorly regulated, and there's no independent judiciary. The result has been severe political instability that's crippled this nation of over 140-million.

Contrast the state of these two countries with South Africa which, at 51st, is the highest ranking African country on the Index, and would be higher were it not for its high crime and security concerns. South Africans have relatively robust civil liberties, including the right to freely associate with political and civic organizations’; 70% of the country's citizens report being satisfied with freedom of choice in their daily lives.

SA has exceptional entrepreneurial activity, with over 41,350 new businesses registered in 2007. And the SA school system has one teacher per 30 students - a good ratio relative not just to Africa, but to the world.

Another African success story is Botswana, which ranked 56th on the Index. Botswana has experienced consistent economic growth over the last few years. In fact, since it gained its independence from Great Britain in 1966, the country's economy has grown faster than China's by some measures. Botswana would have ranked even higher if it were not suffering from one of the world's worst Aids epidemics.

The country's progress is partially attributable to the fact that it's relatively democratic - 84% of Botswanans report that they're confident in the fairness of the judicial system, and 91% believe that the country's political elections are honest.

The Prosperity Index makes clear what many already know about prosperity: in order for any society to flourish over time, people need to feel safe, and have the freedom to express themselves, start businesses, practise their religion, keep healthy, and develop meaningful social connections.

Growth is absolutely vital for Africa. The last 50 years of development policy have shown that money alone, especially money donated, can't bring the region out of poverty. What's needed is a holistic approach that  focuses on the building blocks that empower Africans to help themselves.


By Thompson Ayodele and Roger Bate

(Roger Bate is the Legatum Fellow at the American Enterprise Institute in Washington, DC. Thompson Ayodele is the Executive Director of Initiative for Public Policy Analysis, a public-policy think tank based in Lagos, Nigeria).
Posted by PublicInformationProjects at 11:48