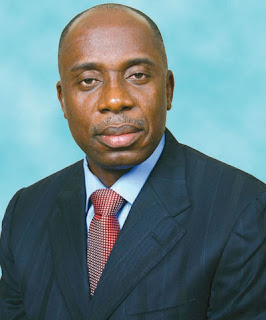 The assasination on friday 20th November, 2009 of Mr. Charles Nsiegbe, a close aide of the Rivers State governor, Mr. Chibuike Rotimi Amaechi may have quickened the Oil rich state governor's decission to expand the brief of a private Isreali security outfit to include "Executive Protection Service", chidi opara reports have reliably learnt.

Well placed contacts inside the governor's office informed us that for sometime now, the governor have been under pressure from one of his very close friends to expand the brief  of the security company to include the protection of key government house personnels.

This governor's close friend, a Journalist based outside Nigeria  was reported to be the person who introduced the security company to him. The outfit presently handles tracking of kidnappers in the state.

One contact told one of our network members yesterday that " Oga is seriously considering expanding their job, my brother, we need serious security around us".

Investigation by chidi opara reports revealed that after the kidnap of Professor Nimi Briggs and the wife of the rich Ijaw Oil and Gas tycoon, Mr. Olu Benson Lulu-Briggs, the Rivers State government through this Journalist, engaged the service of the security outfit "to track kidnappers". The efficiency of the company, according to theses insiders, was proved when during the kidnap of the renowned novelist, Mr. Elechi Amadi, security personnels using the company's sophisticated gadgets, informed the kidnappers of their exact location, which made them to release the writer within twenty-four hours with no ransom paid. The company we also learnt on good authority have been introduced to the Abia State government.

chidi opara reports could not locate any office or any personnel of the security company. A middle aged male Isreali national was however, noticed yesterday shuttling between the government reserved area(GRA) five star hotel suite of the Journalist and the governor's lodge.
Posted by PublicInformationProjects at 02:15