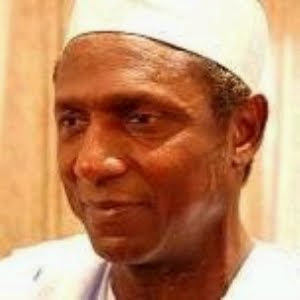 Inspite of the Nigerian President's mild ill health which resulted in his being flown to Saudi Arabia for medical checks about two days ago, contacts in the Saudi Embassy in Abuja have revealed to chidi opara reports that the President is scheduled to hold private meetings with a select group of Saudi financiers to lobby them against funding opposition political parties candidates in the forthcoming presidential election. The President was briefly hospitalized at the King Fahd Armed Forces Hospital in Jeddah. He is reportedly in good health and is scheduled to attend a private sallah dinner today at the palace of the Saudi king. He is believed to be preparing for a second term in office.

One Saudi Diplomat told a chidi opara reports network member in Abuja yesterday that "one of the meetings would be between your President and a relation of the King".

An Egyptian Journalist who is currently on hajj in Saudi Arabia told us in an online interaction that the relation of the King whom the President would be meeting with today or tomorrow is reputed to be "a strong financier of political parties candidates with strong Islamic ideology in Nigeria". This relation of the Saudi monarch is reported to be organizing other financiers to also hear the President out.

Checks by chidi opara reports revealed that prominent politicians from the predominantly Islamic northern Nigeria are getting ready to seriously challenge the President in the 2011 presidential election. Further checks also revealed that most of these politicians are funded by financiers from Saudi Arabia and other oil rich Arab countries. The Presidency was zoned to northern Nigeria in 2007 for eight years.

A Presidency insider informed us this morning that "this is one of the strategies of Mr. President's think tank for 2011".
Posted by PublicInformationProjects at 02:46 No comments: