Protest: President Yar'Adua's Health Condition And The State Of The Nation 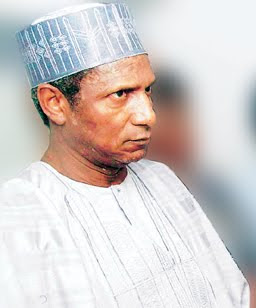 It is clear to every discerning observer that President Umaru Yar'Adua's physical condition has had a negative impact on his ability to discharge the functions of the highest office in our nation. Within the last few months, he has been unable to attend to crucial affairs of the State at home and abroad and whenever he has found time to do so, his judgment appears impaired by his ill-health.

A few examples may suffice:

i. His health condition has necessitated several medical trips abroad but he has not transmitted to the President of the Senate and the Speaker of the House of Representatives a written declaration that he was proceeding on vacation or that he is otherwise unable to discharge the functions of his office as required by Section 145 of the Constitution.

ii. President Yar' Adua though invited was unable to attend the United nations General Assembly for which a private audience had been arranged between him and President Obama for high level discussions of issues mutually beneficial to Nigeria and the United States because he was in Saudi Arabia to 'open a university' which was a dummy sold to cover up his treatments.

iii. It is also common knowledge that the incapacity of the president has affected the implementation of the nation’s budget because he has been unable to coordinate the management of the national economy and to preside over the Federal Executive Council in a diligent manner.

iv In the circumstance, Ministers have routinely flouted the orders of the President and engaged in infighting as a direct result in the vacuum of leadership. This was recently embarrassingly exposed to the world with the series of conflicting public statements credited to the Attorney General and the Chair person of the EFCC. This was also exposed further when the president disavowed knowledge of a memo to all foreign missions purportedly on his instructions. Furthermore, till date, ministers continue to flout the public instruction of the president that ministers who presented memos at the FEC should stay behind to brief the media.

vi Finally, the current condition of the president has created a dangerous situation whereby no one is in charge of the affairs of the State contrary to the letter and spirit of the Constitution.

As responsible and concerned individuals from every part of Nigeria, we call on President Umaru Yar'Adua to immediately choose the honorable option of either:

(a) resigning his office immediately, or

(b) if he is confident of his true physical condition, request the Federal Executive Council to pass a resolution pursuant to Section 144 (1) of the Constitution to the effect that the President appears incapable of discharging the functions of his office. This honorable step will enable the Senate President to appoint a Medical Panel to confirm the fitness or otherwise of the President to continue in office.

As President Yar'Adua's compatriots and part of his larger Nigerian family, we sympathize with him and believe that his health should be given priority attention. At the same time, the need to provide effective governance for this nation of over 150 million people cannot be compromised. Indeed, the Constitution has rightly envisaged the situation in which the country has found itself..

In any event, we are of the view that the President should immediately and unconditionally hand over to the Vice-President, Dr Goodluck Jonathan to complete the current term of office, and conduct the next general elections on the basis of the report of the electoral reform committee headed by Justice Mohammed Lawal Uwais. 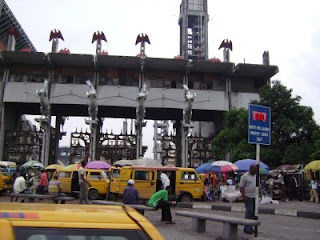 
Some months back, the nation stood still to celebrate Nigeria's leading artists, Fred Okon Achibong as he was honoured by the Federal Government with the National Productivity Order of Merit Award.

Immediately after this event, On July 8, 2009, he marked his 50th birthday with pomp and a book launch.

Born on July 1, 1959, in Lagos, Fred Okon Achibong, fondly called Fredo by his friends and aficionados was an artist who has taken art beyond anticipation; he was an incredible artist the world knows too well as he used his God given aptitude to impact on other conventional segments of the nation’s financial system.

Fred Achibong was a great impressionist; this was acknowledged by the recognition given to him by the government, the acknowledgment which was indeed an enhancement to the re-branding attempt of the country and an affirmation which shows that Fred Achibong was an unblemished example of productivity and an individual who had rejected the upper limit society placed on his line of work.

He undeniably went ahead of his peers within his profession; until he died he is by principle the owner of a prestigious and the most famous land mark in Nigeria, the Tafawa Balewa Square, (TBS) Lagos.

Fred Achibong’s sculptures and paintings across the country dote nooks and crannies of Nigeria and they instantly turned into landmarks of their respective locations, I am always filled with nationalistic sensations whenever the Cable News Network (CNN) beams his famous work, the symbols of the Power of the People that sits majestically at the square of National Assembly Complex, Abuja, Nigeria.

Some of his works are sculptures of currencies build up in frontage of Nigeria Security, Minting and Printing building, Victoria Island, Lagos; a mixed media sculpture of metal, steel, concrete and fibre glass, measuring 100 feet at the access of Abuja, FCT; fibre glass murals of beads and cast aluminum at the Central Bank of Nigeria, CBN; adornment at the Nigeria National Petroleum Corporation, NNPC, Abuja etc.

Outside Nigeria’s shores, Fred Achibong’s conceptions in more than a few of the Nigerian embassies and Commissions are great and replenishing to take a look at.

As with other geniuses, Achibong refused to be limited to art alone as he dwelled into and participated in several endeavors that will ensure the development of his dear nation.

In his late 20’s he engaged in several commercial ventures, at the time of his death he sits atop companies such as; Minicomps, an automation outfit; Bepong, a tourism and culture company; B-Environment, a environmental and engineering services outfit and BHS International, the concessionaires of Tafawa Balewa Square, TBS Lagos.

Fred Archibong believed in hard work despite the consequences of one category, and had demonstrated a point that artists are no less important in contributing to the development of the country in whatever capacity they are called to.

Recently at Ikeja Airport on our way to Abuja, Fred Achibong narrated an event to me and one of the elder statesmen of this country, when he told us how a former top government official was overheard lamenting that “how can an artist win TBS; ordinary artist with brush and chisel , it's impossible. There must be somebody behind it”

That night while waiting for our airbus, he also pathetically and conscientiously narrated to me how he co-founded BHS International with his mother and humbly told me how his company won TBS only on their superior presentation and power of creativity.

Superior presentation and Power of creativity, these are the summation of the life and accomplishments of a friend and client, I still find so difficult to believe has translated from transience to immortality.

Fred Okon Achibong, the old boys of Federal Government College, Warri, Nigeria had thousands of commissioned works and as expected several awards to his credits.

He lived a good and restless life, fought the good fight and touched lives not only in Nigeria or in Africa but all over the world; the disbelieve and grieve that precede his passage has only underlined this attractive fact.