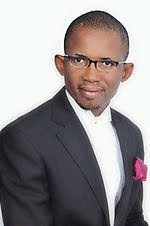 The recent call  by some Nigerians for the country's ailing President to resign have been described by a Nigerian human rights Lawyer, Mr. Kayode Ajulo as unknown to the constitution.

Mr. Ajulo, who runs a private law firm in Abuja posited that since the President's medical team had disclosed that he is ill and the nature of his illness, the next move supported by the constitution would be for members of the Federal Executive Council(FEC), to sign a resolution requesting the Legislature to institute an investigation to determine if the President's ailment would allow him to continue to discharge the functions of that office or not.

In his words, "Constitutionally, the protest letter is unknown to our law, what we need to do is to ensure that the AGF and the other members of FEC signed a resolution to the National Assembly on the health status of the President as the President's physician has officially revealed that the president is incapacitated".

The Lawyer also opined that if the President is in coma, the issue of resignation should not arise since he would not be in the right physical and mental state to take such action.

"The question is, is the president in a position to either resign or do otherwise? Did I hear right about coma or life support, if that is the case can he even recognise his wife not to talk of holding pen or identifying presidential letter head paper or any paper at all. The constitution envisaged this. That is the main reason for provision of Sec. 144 &145, he needs to be examined as his personal physician who shall also be member of the panel of Medical enquiry has made the job easy by coming out to say that the president is suffering from acute illness, what else are we waiting for?", the legal technocrat queried.
Posted by PublicInformationProjects at 01:21 No comments: