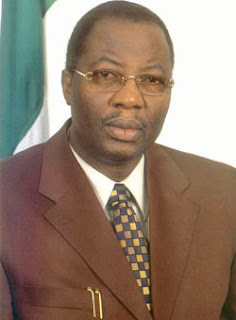 Afenifere Renewal Group(ARG), condemns in strong words last weekend’s genocide carried out by men of Nigeria Police against the people of Ijebu-Ife in Ogun State even as we deplore the killing of Omolodun Oladokun, an Assistant Commissioner of Police and Area Commander of Ijebu-Ode Division of the state police command and two of his men.

Trouble started earlier on Saturday when youths from the town embarked on a violent protest over the alleged killing by a vigilante group of one Toba Bayesan, a partially deaf and dumb tailor at Okeliwo area of the town.

Sensing imminent danger, emanating from the youth’s insistence on carrying the corpse of the deceased to the palace, one Chief Duduyemi, a retired Army Officer and Head of the Vigilante Group, had, on the orders of the traditional ruler of Ijebu-Ife, invited policemen to help quell the riot. However, and as a confirmation of the rot that has resiliently overtaken the place and space of the security agents in Nigeria , the vigilante group overpowered the detachment of the police force initially sent to Ijebu-Ife. Hence the need for a reinforcement. It was this reinforcement from Ijebu-Ode that was led by the late ACP Oladokun. Again, it was in the ensuing melee that the late ACP was caught. And the man died!

In any case, while the death of any mortal being should never be a thing, or, source, of joy, to fellow mortals, under any guise whatsoever, it is the fundamental truth that whoever commits a crime must be the one found and made to face the full wrath of his deeds, or misdeeds. In light of this, that a whole town would be razed down and innocent souls taken in a reprisal attack for crimes committed by individuals amounts to acts of callousness and irresponsibility on the part of those originally employed to protect lives and property. It is grievous and should be condemned by all men of rational thinking. There were also allegations of women being raped and the aged who could not run being burnt into ashes. In all, an estimated 300 souls were alleged to have perished in the hands of the police on a revenge mission.

Ijebu-Ife has once again confirmed our fears. Prior to this latest brutality, we had prayed that we should never have a repeat of Odi in our land again. Never again: we had said concerning Zaki Biam. But as we can now see, Ijebu-Ife has again dawned on us, courtesy of a system that has consistently failed to sanction acts of irresponsibility and bestiality against fellow citizens. On a serious note, had perpetrators of Odi or Zaki Biam been brought to justice, we on this part that Ijebu-Ife would have been averted. But, here we are, licking the wounds of a failed system.

It is in view of this, especially, towards preventing men on rampage under any guise from taking laws into their hands in future that ARG is now calling on the Federal Government to institute a judicial probe into the genocide that last weekend spoiled the weekend for Ijebu-Ife indigenes. The raping, burning of people in their homes as well as property by a rampaging police on a revenge mission should be probed by appropriate quarters. Essentially, the massive roles played by the security agencies in the organized mayhem whereby the erstwhile serene town boiled for a whole day without their being called to order should be thoroughly investigated.