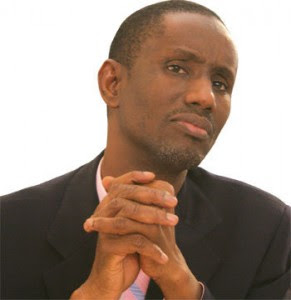 Nuhu Ribadu, former Chairman of Economic And Financial Crimes Commission(EFCC). An International warrant of arrest has been issued on him by the Nigerian Police. Mr. Ribadu is wanted by the Code of Conduct Tribunal in Nigeria. 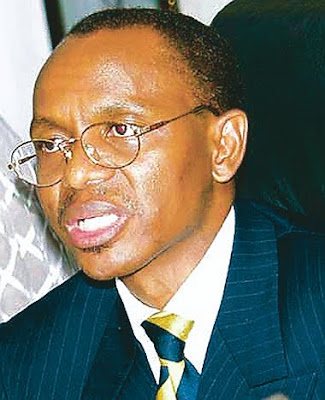 Nasiru El-Rufai, former Minister of Federal Capital Territory(FCT) , wanted for questioning by the EFCC. An International arrest warrant was also issued on him recently by the Nigerian Police.

Posted by PublicInformationProjects at 01:37 No comments: 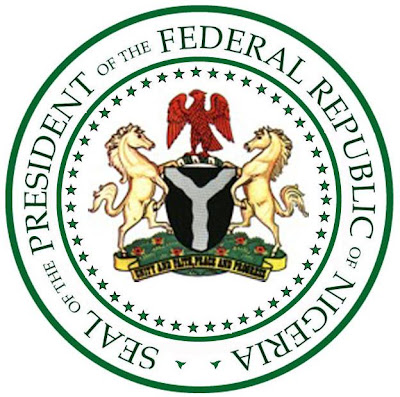 In the past 16 days the President of Federal Republic of Nigeria has been on admission at the King Faisal Specialist Hospital, Jeddah, Saudi Arabia where, according to his personal physician, he is being treated for acute pericarditis, an inflation of the outer membrane of the heart.


This singular fact has established the verity that the President is not in Nigeria to perform his functions and has not been in attendance of the (3) three consecutive meetings of Federal Executive Council, where far reaching decisions and approvals were made.

The purpose of this observation is to point out that these recent approvals and decisions of the FEC without the presence of either the President or a duly appointed Acting President definitely ultra vires the provisions of our law and in particular the Constitution of the Federal Republic of Nigeria and are therefore null and void.

Among the recent decisions and approvals made during these unconstitutionally constituted Federal Executive Council meetings are;
1. Approval of an International Development Association policy credit of $500m for the financial sector and public finance management, a credit facility extended to Nigeria under the World Bank Budget Support facility for bridging the shortfall in the 2009 budget.
2. The award of a contract for the supply of one unit of 1G7 generator assembly and spares for Kainji Hydroelectric Power PLC at a cost of €4.352m and N56.1m in favour of Messrs Alstom Hydro of France.
3. The award of contract for the integrity assessment and rehabilitation of the Oben-Sapele Gas pipeline; and the upgrade/expansion of existing gas metering facilities at the Sapele Power Station in favour of Messrs Kaztec Engineering Limited at a cost of $26.4m, plus N1.1bn.
4. The award of a contract for the procurement of three units of rail road inspection vehicles with spare parts in favour of Messrs Gramet Nig. Limited in the sum of N247.2m.
5. A contract for the appointment of a prime consultant for the dredging of lower River Niger from Warri, Delta State to Baro, Niger State approved in favour of Messrs Royal Haskoning Engineering Consultant Nigeria Limited in the sum of N402.3m.
6. A contract for the rehabilitation of the Onitsha River Port Complex approved in favour of Inter Bau Construction Limited in the sum of N4.1bn.

In discharging this enormous function, according to the provision of Section 148 (1) of the 1999 Constitution, the President has discretion to exercise his constitutional powers either directly or through the Vice-President and the Ministers appointed by the President or the officers in Nigerian public service.

The Section 144 of the Constitution states thus;
“144. (1) The President or Vice-President shall cease to hold office, if -
(a) by a resolution passed by two-thirds majority of all the members of the executive council of the Federation it is declared that the President or Vice-President is incapable of discharging the functions of his office; and
(b) the declaration is verified, after such medical examination as may be necessary, by a medical panel established under subsection (4) of this section in its report to the President of the Senate and the Speaker of the House of Representatives.

(2) Where the medical panel certifies in the report that in its opinion the President or Vice-President is suffering from such infirmity of body or mind as renders him permanently incapable of discharging the functions of his office, a notice thereof signed by the President of the Senate and the Speaker of the House of Representatives shall be published in the Official Gazette of the Government of the Federation.

(3) The President or Vice-President shall cease to hold office as from the date of publication of the notice of the medical report pursuant to subsection (2) of this section.

(4) the medical panel to which this section relates shall be appointed by the President of the Senate, and shall comprise five medical practitioners in Nigeria:-
(a) one of whom shall be the personal physician of the holder of the office concerned; and
(b) four other medical practitioners who have, in the opinion of the President of the Senate, attained a high degree of eminence in the field of medicine relative to the nature of the examination to be conducted in accordance with the foregoing provisions.

It is also glaring that our Constitution forbids the meeting of the Federal Executive Council without the attendance of the President under any circumstances as the same Constitution in Section 145 envisages a situation where the President may temporarily be unable to perform his function by providing for a position of an Acting President, who will in effect be able to undertake all the functions of the President as provided by the Constitution.

The Section 145 provides that:
“Whenever the President transmits to the President of the Senate and the Speaker of the House of Representatives a written declaration that he is proceeding on vacation or that he is otherwise unable to discharge the functions of his office, until he transmits to them a written declaration to the contrary such functions shall be discharged by the Vice-President as Acting President.”

Although the Vice-President is a creation of the Constitution, he cannot become Acting-President except upon the activation of the above Constitutional provision and to this extent, cannot presides over the meeting of the Federal Executive Council as many uninformed very senior officials of this current administrations ignorantly want the incumbent Vice President to do.

Consequently, the (3) three consecutive meetings of the Federal Executive Council and all the resolutions, decisions and approval made or passed thereof are in contravention of our constitution and it’s therefore illegal and void SAVE for any resolution in accordance with section 144 of the Constitution.

A caveat in the gathering of uninformed is better heed than been boorishly scorned. Our Laws have spoken the ways the govern should conduct themselves to enable governable atmosphere for the governed.

Let all Nigerians, the beneficiaries, recipients of these void approvals and awards, international communities as well as all those that dined on this table of illegalities BEWARE please.