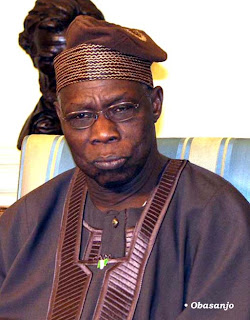 chidi opara reports can now reveal that a meeting was held at a guest house in the Asokoro area of Abuja on friday 11th December, 2009 by a group of politicians of the Peoples Democratic Party(PDP), loyal to the immediate past Nigerian President, Olusegun Obasanjo, "to discuss options in the event of Yar'Adua not being able to continue after his medical trip".

The door of the luxurious guest house said to belong to a young businessman of Yoruba extraction, known to have business links with Obasanjo, was reportedly flung open at about 9.30pm.

A contact in Abeokuta had earlier told us that the meeting between Obasanjo and PDP governors from south-west at his home in Abeokuta on December 9th 2009 had resolved that there should be an enlarged one immediately, "to dialogue on way forward in the light of the situation in the Presidency". The contact further informed chidi opara reports that Abuja would be the venue "because of its centrality".

The Abuja meeting we learnt ended at about 12.05am "after intensive debates". No decision, according to our information was reached. Another meeting was reportedly scheduled at a date and venue yet to be revealed to our contact.

Independent checks by chidi opara reports however, indicated that the Yar'Adua camp is privy to the meeting and its import and may soon begin series of moves to present their principal as fully recovered and capable of assuming duties in a short frame of time.
Posted by PublicInformationProjects at 06:51 No comments: