The Independent National Electoral Commission (INEC) has assured the Democratic Peoples’ Alliance (DPA) that the ongoing voters registration exercise would not be compromised.

The Commission gave the assurance at a meeting it held with leaders of Lagos DPA at their party secretariat in Jibowu area of Yaba Lagos.

Speaking on behalf of the Commission, Public Relations Officer for INEC Lagos State, Mr. Biodun Amosu, regretted reports that some its staff had been involved in underhanded conducts in the registration exercise.

The party specifically accused some INEC staffers of colluding with politicians in the Action Congress (AC) to perpetrate card hoarding and proxy registration.

However, Mr. Amosu, who made the fence-mending visit to the Lagos DPA Chairman, Chief Supo Shonibare, and other party executives, promised that INEC would play the unbiased and neutral umpire in the polls. He said the commission would look into the allegations and anyone found culpable would be sanctioned.

According to him, INEC Resident Electoral Commissioner, Mr. Ogbe, had often warned officers against abusing their offices and to desist from being nefariously used by politicians.

Although Amosu wished DPA had brought the matter to the Commission before raising an alarm in the Press, he commended the party for its matured approach to handling issues. He also promised that the Commission would do its best to discharge its functions in the state without denting its image, while he expressed its commitment to building a cordial relationship with politicians and political parties in the state.

Highly appreciative of the visit and the assurances, DPA chieftains threw more light on the allegations, especially in one particular local government in metropolitan Lagos.

They assured the INEC spokesman that the party raised the alarm not because it wanted to embarrass the agency but to ensure that the Commission’s chieftains were brought abreast with facts on the ground to enable them redress and correct the objectionable situation.

DPA chieftains further assured the Commission that they and INEC were partners in progress and were committed to the entrenchment, sustenance and survival of democracy in the country.

Urging the Commission to urgently nip the misdeeds in the bud, the party noted that a similar scenario had played out in previous exercises and had produced flawed elections.

The party further urged the Commission to bring to book staffers whose misconduct threatened the sanctity of the registration exercise.

Lagos DPA had said in its report that: “Any politician knows that electoral rigging begins with the registration of voters. Once politicians have that pinned down, then all other rigging plans simply fall into place and the election is as good as cooked. A cooked voters’ register will encourage the hiring of ECOMOG voters, double voting and fake results. When heartless politicians heap the register with fake voters for which they have cards in waiting, then they can recruit mercenaries on a cash-and-carry basis on Election Day. They can also inflate votes in low-density polling zones.”

Felix Oboagwina
Director of Publicity (Lagos DPA)
Posted by PublicInformationProjects at 07:28 No comments: 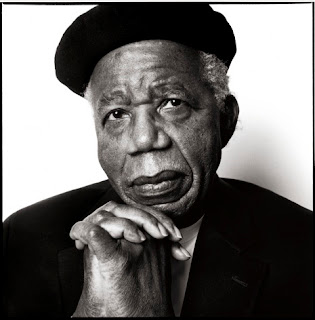 (Being a Communiqué issued at the end of the Chinua Achebe Colloquium in Providence, U.S.A. on December 11, 2009.)

The Achebe Colloquium on Africa at Brown University, recognizing the crisis at the moment in Nigerian history, invited scholars and government officials from Nigeria, Europe and the United States to examine the problems and prospects of the upcoming Nigerian elections and to suggest solutions. The Colloquium was well attended by delegates from around the world. Highlights of the Colloquium included the insistence by the Convener, internationally acclaimed literary icon, Professor Chinua Achebe, “that peaceful elections are not impossible in Nigeria”.

The Colloquium notes the fact that elections in Nigeria have become progressively worse in quality over the years, and that this fact has gravely affected the country’s international strategic significance. Among the resolutions advanced at the Colloquium are the following:

1. National Dialogue.
The Colloquium acknowledges the fact that it has taken over three decades to bring Nigeria to the current decadent state. The country is at a critical moment that requires urgent intervention through a National Dialogue to consider issues of constitutional review and electoral reforms. The present crisis is an opportunity for Nigerians to discuss and adopt a new approach to deal with recurrent socio-political problems. Nigeria’s experience in the last ten years shows that the country’s democratic institutions have dangerously retrogressed. Nigerians as well as members of the international community, including other African nations, are deeply concerned about Nigeria’s fading international significance, Nigeria’s crisis of identity, and her future as a corporate entity.

2. The Colloquium calls for free, fair and credible elections as a way of arresting and then reversing the downward spiral witnessed during the 2003 and 2007 election cycles. The Colloquium notes that the role played by the Nigerian judiciary during this period has been positive but uneven. The forthcoming Anambra elections will be a litmus test of the political will of the Federal Government and her agencies to conduct free, fair and credible elections in 2011 and beyond.

3. The Colloquium calls on the National Assembly to ensure that the Executive arm of government adopts, as a matter of urgency, the report of the Justice Uwais-led Electoral Reforms Commission (ERC). The set of reforms should be enacted into law in time for the 2011 general elections. The Colloquium notes that the autonomy of the Independent National Electoral Commission (INEC) as recommended by the ERC is paramount for free, fair and credible elections in Nigeria.

4. The Colloquium recognizes the important role of a credible and accountable political opposition to the survival of democracy in Nigeria, and calls for the emergence of a vigorous opposition in an atmosphere devoid of political violence and intimidation. The Colloquium is concerned by the policy vacuum in the political parties and urges politicians and leaders of thought to begin the process of re-orienting party politics along policy lines.

5. The Colloquium calls on civil society to engage in robust issue-based voter education, longer monitoring of elections, promotion of democratic institutions and protection of the public mandate expressed by the ballot. The Colloquium recommends credible public opinion polling, conducted well in advance of elections, as one way of monitoring candidates’ performance as well as safeguarding the sacred mandate of the electorate. We urge local and international observers to begin monitoring elections in Nigeria right from the crucial party primaries rather than concentrate on Election Day activities. Our collective experience in Nigeria shows that election malpractices begin from voter registration, through the party primaries, climaxing on Election Day in the theft of ballot papers and other criminal activities.

6. The Colloquium notes that widespread disregard for accountability and transparency fertilizes corruption and fosters a culture of violence in electoral contests. The Colloquium recommends that the overall financial package for Nigerian office holders should reflect the services they provide as well as the leanness of the country’s resources. In keeping with the practice in many countries, Nigeria should consider tying legislators’ compensation to the days they sit.

7. The Colloquium recommends an immediate revision of Nigeria’s immunity laws, with the specific end of ensuring that elected officials who criminally abuse their office are not protected from investigation and prosecution. In addition, the Colloquium suggests that Nigeria should abandon the practice of entrusting governors and the president with huge monthly allocations of public funds under the heading of security votes. In line with the practice in many other countries, such budgets for matters bearing on security should be handled by a body made up of various security agencies, and this body should be required to give periodic accounts to an appropriate legislative committee at the state and federal levels.

8. The Colloquium encourages Nigerians in the Diaspora to increase their agitation for credible elections and responsive governance at home through the use of innovative electronic media that have played such an important role around the world in deepening democracy. Widespread poverty and uncertainty in Nigeria continue to promote a culture of corruption and impunity.

9. The Colloquium notes the Obama administration’s proactive engagement with Africa based on the doctrine of reciprocity and shared responsibilities. It reviewed the growing danger of Nigeria’s diplomatic and strategic irrelevance, and observed that this decline can be reversed through credible elections. The Colloquium urges the United States of America, in line with its strategic partnership with Nigeria, to further support the cause of democracy in Nigeria by rebuffing any future Nigerian government that emerges through a questionable electoral process.

10. The Colloquium calls on Nigerians at home and abroad to join hands during this time of crisis and uncertainty and take the necessary steps to build a country of which they can be proud.
Posted by PublicInformationProjects at 01:46 No comments: