Article: Where Is Nigerian President?

Posted by PublicInformationProjects at 07:38 No comments: 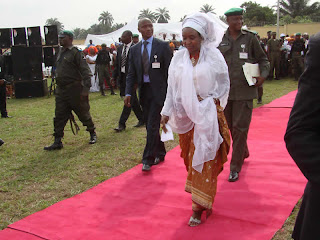 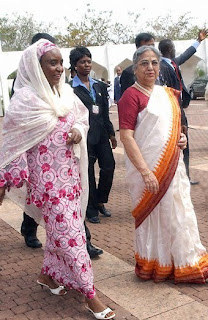 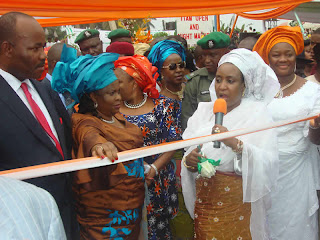 Mrs Turai Yar'Adua, first wife of Nigeria's President currently hospitalized in Saudi Arabia is reportedly the only link between the bed ridden Nigerian leader and the rest of the Federal Executive Council membership, including the Vice-president. The President as reported first by chidi opara reports travelled without handing over to the Vice-president.

Mrs Yar'Adua is reportedly nursing  Presidential ambition. She may, according to information at our disposal, succeed her husband in 2011, if the latter's health did not permit him to contest for a second term.
Posted by PublicInformationProjects at 01:06 No comments: