News Release: The Nigeria Liberty Forum Condemns The Interference By British MP In The Trial Of James Ibori’s Associates

A few weeks ago, the Nigerian Liberty Forum was alerted to the existence of a five-page letter dated 24 September 2009 written by Mr Tony Baldry, the Conservative MP for Banbury, to the Secretary of State for Foreign and Commonwealth Affairs, the Rt Hon David Milliband MP, and copied to the Attorney-General, the Rt Hon Baroness Scotland QC, the Lord Chancellor and Secretary of State for Justice, the Rt Hon Jack Straw MP, and the Secretary of State for the Home Department, the Rt Hon Alan Johnson MP. In this letter, Mr Baldry apparently sought to persuade these senior Cabinet Ministers of Her Majesty's Government of the need for the Her Majesty's Government to discontinue the ongoing prosecution of the associates of the former Governor of Delta State of Nigeria, Mr James Ibori, for various money laundering offences at the Southwark Crown Court purportedly on the grounds that the prosecution is damaging to the interests of her Majesty's Government.

We understand that the Nigerian Government has refused a request from the Office of the Secretary of State for the Home Department under the terms of the Agreement Between the Government of the United Kingdom of Great Britain and Northern Ireland and the Government of the Federal Republic of Nigeria concerning the Investigation and Prosecution of Crime and the Confiscation of Proceeds of Crime, 1990 for the extradition of Mr Ibori to the United Kingdom to face charges of serious breaches of the United Kingdom anti-money laundering laws. However, several associates of Mr Ibori, including his wife, sister, and solicitor are presently facing several charges of conspiracy to commit money laundering and money laundering at the Southwark Crown Court.

To put this prosecution in its proper context, it is necessary to repeat the words of Judge Rivlin QC while delivering a ruling in the preparatory hearing for the case at the Southwark Crown Court last year. According to him: "All the money laundering offences ... arise in this way, and here I briefly summarise the Crown's case. These ... defendants are all closely connected with a man named James Onanefe Ibori ('Mr James'). Theresa is his wife; Christine is his sister and Adebimpe Pogoson was at the material time his personal assistant/secretary. Mr James has a chequered history. At one time, in the early 1990's, when living in England and working as a cashier, he and his wife were in debt and also in trouble for minor offences of dishonesty; but by 1999 he had risen in the world, and in that year he took office as the Governor of Delta State of Nigeria. In that capacity he was required to make asset declarations, which are said to have been false. He was also paid a salary and expenses, which were expected to his only source of income."

"Notwithstanding these limitations of his office, which were anti-corruption measures, according to the Crown it was not long before Mr James came into personal possession of very substantial wealth, running into millions of pounds sterling. The main thrust of the case against these defendants is that each of them then assisted him in a major money laundering operation, whereby these monies or at least part of them were paid into various bank accounts in the UK and/or used towards the purchase in this country of a number of properties, and/or to fund the luxurious life-styles of one or more of the defendants."

"As it happens, very substantial sums of money have already been frozen pursuant to Restraint Proceedings initiated by the Crown in 2007. The prosecution say that virtually all of this money had been dishonestly plundered from the Delta State or in other ways fraudulently obtained by Mr James Ibori."

The Nigerian Liberty Forum knows that Mr Baldry, who was the Chairman of the House of Commons International Development Select Committee from January 2001 to May 2005, has extensive interests in the extractive industries of several emerging economies especially in West Africa.

For example, he is the Chairman of Westminster Oil Limited (a British Virgin Islands registered company involved in the development of oil licences and exploration) and the Deputy Chairman of Woburn Energy plc (a UK AIM listed company specialising in oil exploration and recovery).

He is also a director of West African Investments Ltd (a company that invests in "infrastructure and natural resource projects in Sierra Leone and elsewhere in West Africa") and a shareholder in Target Resources plc (a company involved in gold and diamond mining in Sierra Leone).

Mr Baldry is also the Chairman of the Advisory Committee of Curve Capital Ventures Ltd ("a sector neutral investment company that predominantly invests in India; China and Africa and advises companies on strategic growth and global expansion").

We also know that the Honourable MP for Banbury is the head of a London barristers' chambers (Chambers Of Tony Baldry MP of 1 Essex Ct, Temple, London EC4Y 9AR) where he practises as a barrister, arbitrator and mediator.

We know that on 28 September 2009, four days after he was said to have written the letter to the Foreign Secretary, he registered the following interest in the MPs' Register of Interests: "Received fee of £22,012.57 from Zaiwalla & Co., solicitors, for advising clients. ... Time worked: 16 hours. (Registered 28 September 2009)."

The interests of the British public (which includes an estimated three million Nigerians) and the Nigerian public in the prosecution of Mr Ibori's associates at the Southwark Crown Court cannot be over-emphasised. Therefore the Nigerian Liberty Forum took the view that it will be completely unacceptable for a British Member of Parliament to use his good offices (in what appears to be a case of conflict of interests) to undermine this prosecution for less than altruistic ends.

We therefore took immediate steps to establish the existence of this letter and to obtain a copy by making applications under the Freedom of Information Act 2000 to the relevant government departments.

Apart from acknowledgements of receipt, we are yet to hear from the Attorney-General's Office, the Foreign and Commonwealth Office and the Ministry of Justice with a decision on our freedom of information request.

However, the Home Office has confirmed the existence of the letter but refused to disclose it. Their letter, a full version of which is annexed below, states inter alia:
"Your request has been treated as a request for information under the Freedom of Information Act (the Act) and I can confirm that the Home Office holds the information that you requested. However, after careful consideration we have decided that the information is exempt from disclosure under section 27(1)(a), s31(1)(c), s40(2) and s41(1) of the Act.

We do not believe that such a letter is exempted as claimed by the Home Office. We will be taking legal advice with a view to applying for an independent internal review of the handling of our request by the Home Office. In the meantime, we have reached the conclusion after very careful consideration that we owe the British and Nigerian public a duty to bring this matter to their attention immediately.

Signed: Kayode Ogundamisi and Zaynab Abubakar
For the Nigeria Liberty Forum.
Posted by PublicInformationProjects at 09:03 No comments:

Open Letter: I Am Not Yet A Senior Advocate Of Nigeria (SAN) 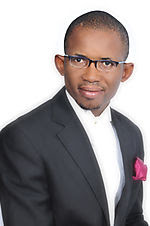 Since 11th December 2009 when I wrote a letter to the Federal Executive Council of Federal Republic of Nigeria via the Secretary to the Government of the Federation wherein I humbly opined, backed with the provisions of Nigerian Constitution that the Federal Executives Council meetings and all the decisions reached as well as all the contracts awarded without the presence of the President or duly appointed Acting-President are unconstitutional, I have been reported and referred to as Senior Advocate of Nigeria(SAN).

While I most sincerely thank those that reported these patriotic efforts targeted to develop Nigeria polity and jurisprudence, I am however ill at ease by their description of me as a Senior Advocate of Nigeria as I am yet to be qualified to be so appointed considering my years of standing at the bar.

I hereby write to put the record straight as due to the wide coverage of these publications, I have received unprecedented enquiries from numerous Nigerians and non-Nigerians who by telephone calls, mobile text messages and some by personal visits to either confirm or congratulate me on the award of SAN.

Senior Advocate of Nigeria is a prestigious rank that may be conferred on legal practitioners in Nigeria of not less than ten years' standing and who have distinguished themselves in the legal profession.

It is the equivalent of the rank of Queen's Counsel in the United Kingdom, from which Nigeria became independent in 1960 (Republic in 1963), as well as in South Australia, the Northern Territory, and Canada (except Ontario and Quebec). Several countries use similar designations such as Senior Counsel, State Counsel, Senior Advocate, and President's Advocate.

Since these publications, I have severally gone through my letter under reference without success to see anywhere in the letter where I have wittingly or unwittingly suggested or referred myself as Senior Advocate of Nigeria.

I had also extended my search to my past activities to no avail and have therefore come to this conclusion to state unequivocal that I am not a Senior Advocate of Nigeria and consequently wish to correct this incorrect assertion.

I was called to the Nigerian Bar in 2001 which in effect made me to practice in Nigeria as Solicitor and Advocate of Supreme Court of Nigeria and I have since been using the privileges of my noble profession as a lawyer and interest to ensure the followings: (1) The abolition of poverty from the face of Africa; (2) The unqualified need to preserve, defend and protect the fundamental human rights; (3) The governance of our country and other African countries through democratic processes; (4) The subjection of everybody and everything to and under the Rule of Law; (5) The right of the people to free and qualitative education at all levels; (6) The right of the people to free and qualitative health services and facilities; (7) The strengthening of our economy through sound development of infrastructure including power generation (electricity), good roads, good and modern transportation system across the length and breadth of Africa; and (8) To make my dear country, Nigeria a corruption-free country by fighting corruption with all our might and main.

In the course of achieving the above, I have tried to do it with utmost sense of seriousness and modestly considering the rules and ethics of my profession but sometimes of some of these activities are reported by the media.

In as much as I profoundly grateful for the support given to me in actualizing my struggles and crusades I will be most grateful if the above mentioned defect is corrected considering my immediate professional constituency, my appreciation of the ethics of the profession and my deep understanding of the procedures for the award of the prestigious rank of the Senior Advocate of Nigeria.

I thank everyone most sincerely for the assistances extended to my cause; rule of law, maintaining, relating to, or based on a belief that all people are, in principle, equal and should enjoy equal social, political, and economic rights and opportunities.

Accept, please, the firm assurances of my highest regards.

Posted by PublicInformationProjects at 02:23 No comments: