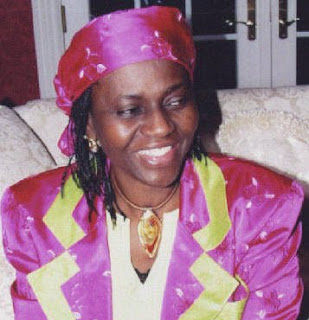 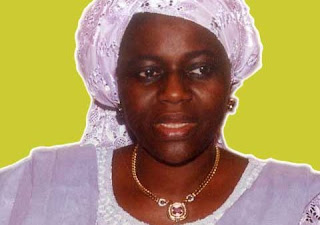 Maryam Babangida, late wife of Nigeria's former military President, rtd. Gen. Ibrahim Badamasi Babangida, known also as IBB, who died yesterday at the University of California Los Angele's (UCLA) Jonsson Comprehensive Cancer Centre in Los Angeles, United States of America, at the age of sixty-one was reputed to be the most elegant of Nigeria's First Ladies since Independence.
Posted by PublicInformationProjects at 04:14 No comments:

The Movement for the Emancipation of the Niger Delta (MEND) condemns the attempted act of terrorism on Delta flight 253 into the United States by a misguided Islamic extremist from the Northern part of Nigeria.

Had the plan been successful, it would have left many families across the globe grieving on a day when Christians celebrate the birth of a peace maker, Jesus Christ.

It should by now be evident that the threat to world peace will not emerge from the Niger Delta, a region agitating for justice as is acknowledged by every right thinking human being, but from the Islamic extremist northern part of Nigeria covertly supported by its elite who assume leadership of Nigeria to be the birthright of this region.

This attempted act of terrorism by this northern Islamic extremist does not come as a surprise to any Nigerian. For decades, Christians have been murdered and raped in the north of Nigeria with impunity. No northern Muslim has ever been brought to book for the thousands of Christians killed in this region. Northern Nigeria is fertile ground for international terrorism..

The Nigerian government has persistently turned a blind eye to Islamic extremists coming from Northern Nigeria, choosing instead  to focus and waste its resources on military hardware and troop deployment in the Niger Delta.

The government of Nigeria which unfortunately has been dominated by the north since independence has bred such undesirable elements under false pretexts with the hope of creating a reserve army to counter agitation in the south and other parts of Nigeria.

In spite of this embarrassment to the nation, the government will not re-direct its military to the North, neither will the rights of  these violent people be trampled as is the case in the Niger Delta.

The minister for defense who is a shameless stooge will not dare consider any actions in the north likely to anger the northern elite who have for decades condoned all forms of extremism. If this act of terrorism had been carried out against the christian south of Nigeria, it would undoubtedly have been covered up as the government is so quick to do.

The young man who attempted this cowardly act is not alone and governments around the world should pay more attention to northern Nigeria with its threat to world peace than to agitation for justice in the Niger Delta which only threatens world oil prices.

Jomo Gbomo
Posted by PublicInformationProjects at 03:14 No comments: