News Release: Release Detainees In The Spirit Of Christmas And New Year 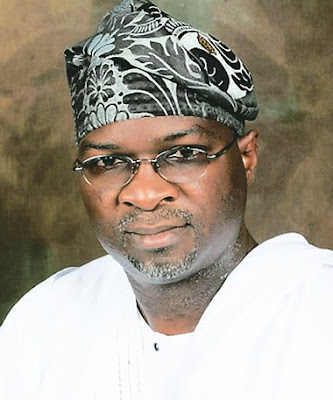 Democratic Peoples' Alliance (DPA) has asked the Lagos State Government to free those it is detaining in detention facilities throughout the state in the spirit of Christmas and New Year.

The party also demanded the freeing of all seized vehicles and business implements, like commercial motorcycles and buses, confiscated by the government and its agencies.

In the words of a Press Statement by its Director of Publicity, Felix Oboagwina, DPA said, "Many of these detainees are being held on flimsy excuses and for bail-able misdemeanours.. Yet not a few have been locked up for longer than they would have served had they been found guilty and sentenced by a court of competent jurisdiction. They deserve to spend the New Year at home with their families."

However, DPA advised that if there were suspects who had committed regular crimes, they should be transferred to regular courts.

According to the party, many of such detainees languishing in jail, without facing formal charges before a Judge or a court of competent jurisdiction, could be found in the several detention facilities operated by the state, sometimes in collusion with relevant authorities in the Federal Maximum Prison at Potoki in Badagry, Kirikiri, Alausa and Ikorodu.

"We have said it before and we say it now, these human rights violations are strange in a democratic environment, especially in a state governed by a Senior Advocate of Nigeria," DPA said.

The party said because of the inappropriateness of their stay in prisons, people in detention for allegedly violating state regulations were usually held in cramped prison halls, with little or no provision for sleeping, leisure or medicare.

Vilifying Lagos for contributing to the country's sordid human rights records, especially as reported by Transparency International, the DPA statement said: " Lagos has displayed much impunity and arbitrariness in these detentions, which are typical of a military, fascist and dictatorial government. These violations have joined with those of the police, the Federal Government and other states to give the country a bad name in the comity of nations."

Furthermore, the party highlighted that Lagos by these acts had violated the Constitution, the African Charter, the Commonwealth Charter, the United Nations Charter and conventions relating to torture, Fair Hearing, Freedom of Movement, Right to Life, Right to Human Dignity and Right to Liberty .

It said too that victims were often detained for periods exceeding the constitutionally-stipulated 48 hours, without any formal notice to their relations or access to lawyers.

The party insisted the state must seize the spirit of the Yuletide to free all such detainees and pay due compensation to those whose rights had been violated.

Felix Oboagwina
Director of Publicity (Lagos DPA)
08033327355
Posted by PublicInformationProjects at 23:44 No comments:

Champions For Nigeria (CFN), an umbrella organisation of Nigerians in the Diaspora, incorporated in England and Wales, condemn all forms of terrorist activities. We express deep regret over the attempt by Nigerian-born Umar Farouq Abdulmutallab to blow up Flight 253 with explosive devices at the Detroit , Michigan , USA Airport on December 25, 2009.

Nigerians all over the world are unanimous in their condemnation of this cowardly act. Such action is not representative of the character of Nigerian citizens. We are a peace-loving people who make positive contributions in whatever community we reside.

Champions For Nigeria would like to stress the point that this terrorist incident was an individual action, and does not represent the true character of more than 150 million Nigerians.

Nigeria is definitely not a breeding ground for terrorism of any description; be it domestic or international. We support the Nigerian government's position, preparedness, and commitment to thwart any known or suspected acts of terrorism in our society by working with the governments of the United States of America , and other nations in snuffing out global terrorism.

Champions For Nigeria express our gratitude to God that the attempt to destroy innocent lives and property on Christmas; a day Christians worldwide celebrate the birth of Jesus Christ, a peace-loving individual, was foiled. We urge the international community to regard this incident as an isolated act of a misguided and radicalised Nigerian citizen who has allowed religious overzealousness to becloud his mind, without regard to the negative impact his actions would have on further tarnishing the global image of Nigeria .

We would like to remind everyone that Nigerians generally are law-abiding citizens. We tolerate diverse political and religious views. We are productive, peaceful, and hard working. These attributes have been demonstrated by Dr Mutallab who, on sensing the strange behaviour of his son, quickly reported him to American Embassy officials and the Nigerian law enforcement authorities.

Nigerians hereby promise to stand shoulder-to-shoulder in solidarity with the United States , and all responsible nations in the international community in the fight against global terrorism.

For: Champions For Nigeria(CFN)
Posted by PublicInformationProjects at 23:43 No comments: