Nigerian Presidency: Why Vice-president Was Not Sworn In As Acting President 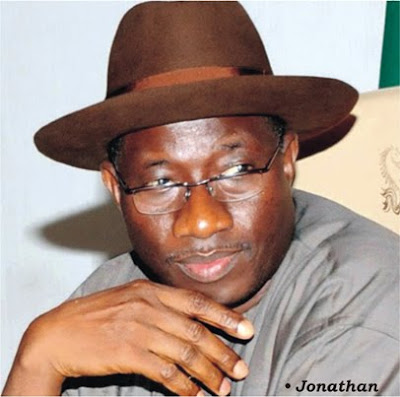 Authoritative contacts in strategic governmental agencies in Abuja have revealed to chidi opara reports the major reason why the Nigerian Vice-president, Dr. Goodluck Jonathan was not  sworn in last week as acting President.

The Vice-president who had by mid December "fulfilled all  necessary conditions required to be made acting President", was however reportedly told later by the National Security Adviser(NSA) to remain in his present position and await further communication. We do not at this time know what the conditions are.

What we know now is that the Nigerian informal power clearance cabal, the corps of retired military top brass felt unease to have a man not closely connected with it at the helm of affairs. The fear we learnt was that Jonathan as acting President would lay hands on sensitive classified documents which can be used against members of this cabal in future. Goodluck Jonathan was not closely connected with this group prior to becoming Vice-president.

"Do you think they would allow just anybody to be President and access information about how this country was ruled?  a Presidency contact asked.

"Umaru Yar'Adua was made President because his family participated in governance in that era", another Presidency contact volunteered.

"Please advise the Veepee to be contented with what he already has, else he will lose it", a retired senior Naval officer based in Abuja advised.

"You would be surprised the way they quickly forget their differences to protect their common interests, even Obasanjo who is Jonathan's political godfather opposed his being sworn in as acting President" an Abuja based businesswoman  known to front for some members of this cabal in their business deals volunteered to chidi opara reports.

Our network members in Yenagoa, Bayelsa state, the Vice-president's home state have reported disappointment and subdued anger at the treatment meted to their son. The refusal to hand over power to the Ijaw man even as an acting President, we also learnt have led to whispered regrets about accepting the amnesty.
Posted by PublicInformationProjects at 03:36 No comments: