Our attention has been drawn to the opinion poll of the Anambra 2010 elections credited to hollierafrica purported to be working with our group Dozie Anambra Professionals. We wish to make it clear that we do not know this organization and never collaborated with them on any project relating to Anambra state. We actually are in cooperation with an organization by name "Full Interest In Nigerian Democracy-FIND". As a professional body we got Concerned Anambra Students, CAS, and FIND to work in Anambra state and go down to the wards to collate information and opinions regarding Anambra 2010 election. Johnbosco Okonkwo is the head of CAS, Arch. Edwin Ogbuefi is the Consultant-In-Chief of FIND. Hereunder is the authentic and first briefing on the project. New results will be published in two weeks.

Anambra 2010 Sample Opinion:
As the February 6, 2010 governorship election in Anambra State draws nearer, a non partisan organization – Full Interest in Nigerian Democracy (FIND) has released a detailed facts based opinion measurement of top contenders for the race. Extracts of opinion poll, based on actual interaction with registered voters in over 200 wards out or the 326 wards in the state are hereby presented for public consumption.
The overall ranking of the election were conducted as at 24th December, 2009 shows Dr. Ngige of AC leading with 24%; incumbent Gov. Peter Obi APGA, 22%; Prof Soludo PDP and Chief Okey Nwosu of ADC are running neck to neck at 20% each; Dr. Andy Uba of LP 8%, Mrs Ekwunife of PPA 5% and others 1%.

On the issue of prudent management of the State's resources the measurement shows Chief Nwosu leading with 35%, Gov. Peter Obi 22%, Prof. Soludo 20%, Dr. Ngige 12%, Mrs. Ekwunife 6%, Dr. Uba 3% and others 2%. This is largely because, most of the candidates are perceived as already used to fat government expenditure, and many of the people see government as most imprudent.

The percentage margin of error of the measurement is plus or minus 3%. However, with the late entrance of some big weights and heavy spender, there is every likelihood that the sampling will change drastically. There is hunger and general atmosphere of insecurity, therefore money will play important role in the comming weeks.

Open Letter Of Appeal To King Of Saudi Arabia 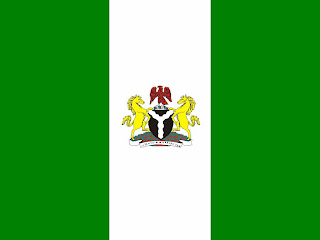 (In the Name of God, Most Beneficient, Most Merciful)

We the under-listed concerned citizens of the Federal Republic of Nigeria address this open letter of appeal to your government to reveal to Nigerians the exact location and state of health of our president, Umaru Musa Yar'Adua who we believe has been your guest and patient in one of your hospitals since November 23, 2009. This Open Letter of Appeal has become necessary because a nation of nearly 150 million have not seen or heard of its president for six weeks without any credible information.

Your Royal Highness, Umaru Yar'Adua is not a private patient but our President and an employee accountable to millions of people. Information about his physical and mental well-being cannot be subject to the usual medical confidentiality of any ordinary citizen. This information should not be kept secret from the people he leads. Sadly, we must admit, that our current government has failed to be truthful and transparent about the extent of infirmity of our president.

In the eyes of many Nigerians, the Saudi government has by default, become part of the conspiracy of secrecy that threatens to destabilize our democracy. Because without information on whether the president is alive or dead, permanently or temporarily infirm, the appropriate provisions of our Constitution cannot take effect to deepen and broaden our democracy. The effect of this leadership vacuum on our nation's peace, progress and orderliness is self-evident, Your Highness. As Crown Prince of your Kingdom, you took charge of the affairs of state when your elder brother, King Fahd of blessed memory, became ill. Also, when Crown Prince Sultan departed for the United States for treatment on November 23rd, 2008, the Saudi public was made aware of the progress in his treatment leading to his return to the Kingdom on December 10, 2009. Leadership of nation-states is and must be continuous, and Nigerians need your intervention for our country's young democracy to survive.

You may recall that our shared mutual history has shown that there is a tendency for adventurists to take advantage of the vacuum caused by prolonged visits of top Nigerian government functionaries to the Kingdom of Saudi Arabia to stage a coup d'etat as was the case when the government of Nigeria under the leadership of Major Generals Muhammadu Buhari and Tunde Idiagbon was overthrown in 1985 as a direct consequence of Tunde Idiagbon's prolonged stay in your country. This action severely embarrassed the Kingdom of Saudi Arabia and set a precedent. In view of this, it is our desire to forestall any such act by military adventurists by requesting for accurate information from the government of the Kingdom of Saudi Arabia which will enable the Nigerian people take advantage of the clauses in our constitution which provide for orderly continuity in government in the event that the president is incapacitated by illness.

Your Royal Highness, we implore you to use your good offices to let our nation know the state of our President.