Editorial: While We are On Haiti 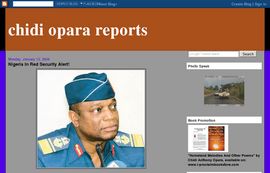 The recent earthquake that devastated Haiti, a poor and poorly governed Island  aroused interest of a humane world.

As soon as reports and images of collapsed buildings with people trapped underneath and people carrying bodies of dead and injured loved ones began to emerge, nations of the world quickly put aside their differences and mobilized human and material resources to deal with the situation.

Within twenty-four hours for instance, United States of America(USA) and Chinese rescue operatives landed in Haiti. These efforts ensured that many trapped underground who would have been added to the number of deaths were rescued

The USA on her part have gone further to launch massive post-earthquake relief programmes. The seriousness attached to these programmes was demonstrated when President Barack Obama pulled out two former US Presidents, Bill Clinton and George Bush Jr. from retirement to co-ordinate these programmes. The US massive media establishment also ensured that the Haiti post-earthquake relief efforts are on the frontline of attention all over the world.

chidi opara reports would like to use this opportunity to commend the nations and peoples of the world, who have demonstrated and have continued to demonstrate to the Haiti earthquake victims that they belong to a humanity in which we all are members.

We are however of the opinion that if efforts mobilized to deal with the Haiti catastrophy is repeated in other parts of the world where other catastrophies like famine, genocide, war, etc have occured and are still occuring, the world would have been a better place of habitation.

We would also like to appeal here that rich and influential members of the United Nations Organization(UNO), should consider giving more financial and logistic strength to the organization's relief organ, so that while we are on Haiti, other catastrophies all over the world would be given the required attention.
Posted by PublicInformationProjects at 08:05 No comments: