Article: Terrorism comes in many forms 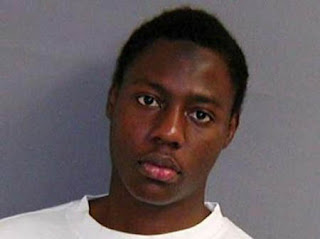 When Umar Farouk Abdulmutallab, 23, otherwise known as the "underwear bomber," found his way onto Northwest Airlines Flight 253 on Dec. 25 and failed to commit terrorism on American soil, he hardly knew he would be caught.

As a result, Nigeria, his country of origin, was unfairly placed on a list of nations with a higher risk of terrorism. Nigeria, Africa's most populous nation, got so flustered, the National Assembly gave a seven-day ultimatum to America to remove it from the watch list.

Yes, Abdulmutallab is a Nigerian but, that doesn't mean all Nigerians are terrorists or suspected terrorists. In fact, the bomber's father, Alhaji Umuru Mutallab, even reported his son's strange and radical behaviors to the U.S. Embassy and law enforcement in Nigeria. Unfortunately, appropriate steps weren't taken to monitor and intercept Abdulmutallab before the incident. President Obama called the security lapse a "systematic failure."

Abdulmutallab, who pleaded not guilty to the charges of attempting to commit murder and the use of weapon of mass destruction to kill nearly 300 people, was allegedly radicalized in London and trained in Yemen.

Meanwhile, reports of the alleged bomber's actions shocked Nigeria to its bones. The Nigerian government became furious, and Information Minister Professor Dora Akunyili dubbed the U.S. decision to include Nigeria on the terrorist state list as "unfair."

According to the Nigerian Vanguard Newspaper, Akunyili said, "Nigerians do not have terrorist tendencies." Interestingly, she, like most Nigerians, got it wrong because any person, group, organization or government can become terroristic depending on their interests, concerns, schools of thought or affiliations.

We must be careful to not become swayed by government or self-centered groups and maintain individual definitions of terrorism. The simple, historic and uncensored definition of terrorism is the "violent and unlawful use of force to intimidate or coerce a government or people for political ideologies." And because there can be no imposed political ideology without economic undertone or interest, people are also unlawfully and violently coerced for economic reasons by governments or groups. Consequently, no government on earth can claim to be innocent of terrorism.

Among many examples of terrorist acts are the colonization of America, India and Africa between the 16th and 19th century by Britain, France, Belgium and Germany respectively. In the 1995 Oklahoma City attack, Timothy McVeigh, a U.S. Army Veteran, bombed the Alfred P. Murrah building reportedly in a revolt against a "tyrannical federal government." This, too, is another act of terrorism.

In 2009, five Americans were arrested in Pakistan for terrorist-related offenses. The 2001 "shoe bomber," Richard Reid was British. The unjust and immoral invasion of Iraq by former President George W. Bush and his cohorts is another grave act of terrorism, involving genocide and crimes against humanity. These unpunished crimes were committed without justification as a way for America to impose its culture and values on Iraqis. The U.S. also aimed to control access to Iraq's oil fields.

It's well documented that no weapons of mass destruction were found as the so-called prima facie case Bush administration levied against Saddam Hussein had claimed. This was before the U.S. exhibited a shameful show of force on an innocent and weak government. Studies have shown that non-state sponsored acts of terrorism are carried out to draw attention to groups' causes, which are mostly claims of oppression, marginalization and exploitation as in the case of Iraq.

Finally, profiling people based on religion, ethnicity, nationality, race, gender or even their political, intellectual or social beliefs isn't the proper method of checking or stopping acts of terrorism. The energy exerted in this method will allow unchecked groups, governments or individuals to evade security and commit more havoc against our collective sensibility and humanity. We must, therefore, apply the principle that prevention is better than a cure. We must desist from acts as those mentioned above that are capable of breeding terrorism.

Also, everyone should be watched. Selective justice should not be used and doesn't work. While it's appropriate for law enforcement officers to always be suspicious, they need to refrain from profiling. Targeting people based on certain characteristics and grossly disregarding the breeding of domestic terrorists and their causes is more dangerous and deadly than terrorism itself. More importantly, the acts of repression, marginalization, exploitation and hegemony must cease for terrorism to stop, or at least be minimalized.

Internal colonization must also stop, as race, religion or other factors already enunciated don't substantially define a terrorist, but inhumanity by man against man breeds the acts of terrorism.

(From The Journal)
Posted by PublicInformationProjects at 00:57 No comments: