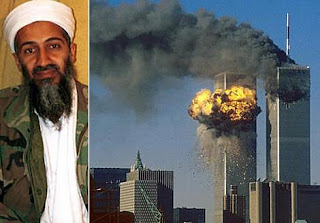 Profiling has failed us; we don’t need profiling to identify Individuals like the Christmas-Day Bomber or the Fort Hood Shooter! There is a better solution!

Virtually all media outlets are discussing whether we should be profiling all Arab Muslims; I will in the one-page explain why we don’t need profiling. Over 15 years ago, we at the Center for Aggression Management developed an easily-applied, measurable and culturally-neutral body language and behavior indicators exhibited by people who intend to perpetrate a terrorist act. This unique methodology utilizes proven research from the fields of psychology, medicine and law enforcement which, when joined together, identify clear, easily-used physiologically-based characteristics of individuals who are about to engage in terrorist activities in time to prevent their Moment of Commitment.

The Problem:
Since the foiled terrorist attack by Umar Farouk Abdulmutallab, the Nigerian national on Northwest Flight 253 to Detroit, the President has repeatedly stated that there has been a systemic failure as he reiterates his commitment to fill this gap in our security. This incident, like the Fort Hood shooting, exemplifies why our government must apply every valid preventative approach to identify a potential terrorist.

The myriad methods to identify a terrorist, whether “no-fly list,” “explosive and weapons detection,” mental illness based approaches, “profiling” or “deception detection” - all continue to fail us. Furthermore, the development of deception detection training at Boston Logan Airport demonstrated that the Israeli methods of interrogation will not work in the United States.

All media outlets are discussing the need for profiling of Muslim Arabs, but profiling does not work for the following three reasons:
1. In practice, ethnic profiling tells us that within a certain group of people there is a higher probability for a terrorist; it does not tell us who the next terrorist is!
2. Ethnic profiling is contrary to the value our society places on diversity and freedom from discrimination based on racial, ethnic, religious, age and/or gender based criteria. If we use profiling it will diminish our position among the majority of affected citizens who support us as a beacon of freedom and liberty.
3. By narrowing our field of vision, profiling can lead to the consequence of letting terrorists go undetected, because the terrorist may not be part of any known “profile worthy” group – e.g., the Oklahoma City bomber, Timothy McVeigh

The Solution:
Our unique methodology for screening passengers can easily discern (independently of race, ethnicity, religious affiliation, age, and gender) the defining characteristics of human beings who are about to engage in terrorist acts.

The question is when will our government use true “hostile intent” through the “continuum of aggressive behavior” to identify potential terrorists? Only when observers focus specifically on “aggressive behavior” do the objective and culturally neutral signs of “aggression” clearly stand out, providing the opportunity to prevent these violent encounters. This method will not only make all citizens safer, but will also pass the inevitable test of legal defensibility given probable action by the ACLU.

As our Government analyzes what went wrong regarding Abdulmatallab’s entrance into the United States, you can be assured that Al Qaeda is also analyzing how their plans went wrong. Who do you think will figure it out first?

By John D. Byrnes
Posted by PublicInformationProjects at 00:55 No comments: