Rejoinder: Re-Terrorism comes in many forms 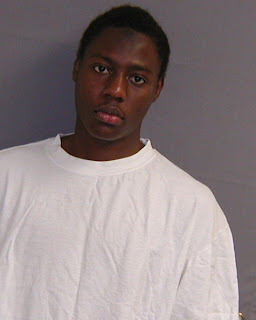 Although I wrote the original of the article above it's to some extent distorted by The Journal's editor (s). At no point or time did I say "As a result, Nigeria, his country of origin, was unfairly placed on a list of nations with higher risk of terrorism." My position is that Nigeria isn't unfairly placed on that list just as America and other nations of the world aren't guiltless of the inhuman acts of terrorism, as the records or content herein shows. Importantly, the "underwear bomber" is no doubt a Nigerian despite where he's claimed to have been radicalized or trained.

The illegal importation of paragraph two is a misrepresentation of my opinion. It thus distort the context in which I've written. See paragraph five for confirmation: it contradicts paragraph two. I also used the exact quote from Obama:"Systemic failure," but they thought I didn't know what I was talking about so changed it to "systematic failure." They refused to get back to me for verification before publication, maybe in an attempt to undermine my reasoning or intellectual power. In short, there are several issues with this piece caused by editor's review and it's unethical and unfortunate. I hope they don't act this way henceforth, because I am known for my clear thought, fearlessness and consistency among other writing traits.


Note: The article in reference published on this site was culled unedited from "The Journal".
Posted by PublicInformationProjects at 04:11 No comments: 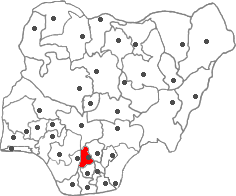 As the good people of Anambra march to the polls on February 6, 2010 to elect their Governor, SAVE NIGERIA GROUP (SNG), is calling on all stakeholders to ensure that the chequered history of electoral contests in Nigeria must turn a new leaf.

The greatest bane of the electoral process in Nigeria has been the outright manipulation of the will of the people starting with the 1964 elections down to the 2007 general elections.

The 2007 polls became the high point of electoral manipulations in the country as both local and international observers spoke with one voice that the polls were nothing but fraud.

The European Union Election Observation Mission (EUEOM) said in its report:
“The 2007 State and Federal elections have fallen far short of basic international and regional standards for democratic elections… They were marred by poor organization, lack of essential transparency, widespread procedural irregularities, significant evidence of fraud, particularly during the result collation process; voter disenfranchisement and different stages of the process, lack of equal conditions for contestants and numerous incidents of violence.”

The International Crisis Group (ICG) in its report had this to say:
"The elections were the most poorly organized and massively rigged in the country's history. In a bitterly contentious environment, President Olusegun Obasanjo and his Peoples Democratic Party (PDP) acted with unbridled desperation to ensure sweeping winner-takes-all victories not only in the presidency and federal legislatures but also in state governorships and assemblies. Characterized as a “do-or-die” battle by Obasasnjo, the campaigns and elections also witnessed extensive violence, including over 200 people killed.”

The British High Commissioner to Nigeria, Richard Gozney said this about the same elections:
“It was not just a question of disorganization but there was outright rigging and the results were frankly not credible”

We are still dealing with the fall-outs of those shenanigans called elections in 2007. As Anambra prepares to go to the polls, there are still several cases in the tribunals over elections conducted about three years ago.

Anambra itself is a sore thumb in our electoral shame. That the state is holding governorship elections solely is as a result of the electoral banditry that has been carried out their by the ruling party in the last 10 years.

We are devalued as a people the moment our right to freely choose those who should govern us is taken away. Part of the reasons for the impunity in the land and the sheer disrespect with which our people have been treated over the years is the illegitimacy of most of our political office holders. Those who don't owe their offices to the people cannot feel obligated to them.

This is why the Anambra polls is so important to the whole country and not just the people of Anambra alone. It serves as a prelude to what could happen in 2011 given the fact that most of the court ordered re-runs in recent times have not fared better than the 2007 polls.

Given the foot-dragging of the National Assembly over the Electoral Reform Agenda as encapsulated in the Uwais Panel report, citizens vigilance now appears the most potent weapon to achieve free and fair elections in our country as we continue to push for institutional reforms.

In this regard, the SAVE NIGERIA GROUP (SNG) calls on all security agencies not to allow themselves to be used to thwart the will of the people this time around. They should discharge their duties in line with their constitutional duties and not the whims of any political party or individuals.

We also appeal to all contestants in the election to fight for votes in a free and fair atmosphere devoid of intimidation, harassment, killing and maiming of the same people they profess to serve.

We call on the people of Anambra to rise as one man and insist on clean, free and fair elections. They must say on behalf of all Nigerians that “ENOUGH IS ENOUGH” of votes manipulation. They must silence the culture of impunity once and for all. They should rest assured that SAVE NIGERIA GROUP (SNG) is standing by to join forces with them to resist the manipulation of their electoral will should it come to that!

For: SAVE NIGERIA GROUP (SNG)
Posted by PublicInformationProjects at 03:57 No comments: