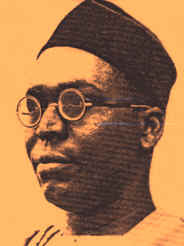 The Afenifere at its caucus meeting of Tuesday February 2, 2010 at the National Secretariat, Jibowu Street, Yaba, Lagos, presided over by its Leader, Pa Reuben Fasoranti:
1. Noted the formation of the Yoruba Legacy Forum at Ikenne on January 14, 2010 and
2. Is delighted that the Forum does not seek to substitute for Afenifere or in any way detract from Afenifere’s relevance as the foremost Awoist socio-political organisation in Yorubaland.

The Afenifere thus resolved to intensify its grassroots mobilisation effort to further spread the Progressive ideals as enunciated by its Founder, Pa Obafemi Awolowo, and to recapture its dominance as the voice of all Progressives in Yorubaland.

The organisation further notes that it is the right of the Nigerian people to know the state of health of their President. And where the President appears no longer able to perform his duties due to ill-health, all constitutional processes must be activated without delay to ensure there is no vacuum of leadership at the highest level.

Afenifere therefore calls on the Federal Executive Council to act promptly on the Senate resolution in this regard and save the Nation further tension.