A Communiqué From The “Save Nigeria Group" 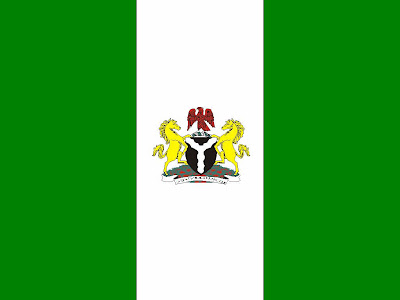 On Power Hijack:
Meeting deplores the fact that Nigeria has entered 73rd day of offshore presidency with the cabal that has hijacked power still holding to the jugular of the nation and resolved as follows:

Commends the Senate for standing by its resolution that the president should respect the Constitution by transmitting power to his Vice.

Condemns the House of Representatives for working hand in gloves with the cabal that is pushing Nigeria towards the precipice by voting for the continuation of power hijack.

Condemns the Executive Council of the Federation for rejecting the memo by the Minister of Information, Professor Dora Akunyili asking it to do the Constitutional responsibility of asking the incapacitated president to step down from office. The level of dishonour among its ranks is so appalling by holding on to a lie that a president for whom life support machines have been imported is fit to continue to rule Nigeria.

Commends the people of Nigeria who have heeded SNG’s calls for rallies to protest the illegality going on in the country while shunning all entreaties and inducements by the beneficiaries of the power hijack to hold processions in support of using the name of an incapacitated president to continue to hold the country to ransom. Our people have shamed these elements to the point that they cannot hold one rally in any part of the country.

Calls on the military top brass who have alleged that some politicians are putting pressure on them to take over government to name such politicians so that they can face treason trial and advises them to stay put in their barracks and allow the Civil Society to humiliate the cabal through people’s power.

Demands the immediate inauguration of Vice President Goodluck Jonathan as Acting President. The Jonathan presidency must immediately work on the following:
(a) Implementation of Electoral Reforms;
(b) Comprehensive War Against Corruption;
(c) Implementation of the Niger Delta Technical Committee Report.

Anambra Elections:
Meeting reviewed the processes leading to the February 6, 2010 elections in Anambra State and resolved as follows:
The illegal removal and replacement of the Resident Electoral Commissioner, REC, in Anambra State without the president who is the only person constitutionally empowered to do so is a worrying signal.

The refusal by the Independent Electoral Commission, INEC, to allow independent local observers creates doubts about the body’s ability to conduct free and fair elections in the State. It is particularly disturbing that Professor Maurice Iwu, against all known conventions globally, has chosen to use paid observers among whom was somebody arrested for snatching ballot boxes in the Year 2007 elections.

The deployment of 38,000 policemen to conduct elections in 21 Local Governments, at the average rate of 15 policemen per polling booth, sends a signal of an atmosphere of terror and voter’s intimidation.

SNG stands by its promise to join the Anambra people to resist any possible manipulation of their electoral will on Saturday.

Finally, SNG enjoins the people of Nigeria to remain resolute in defending what is just and right. We are convinced that the darkest hour of the night is the one before daybreak. We have traveled this road before; and, just like we defeated the forebears of these ones, these too shall come to pass! Our sovereignty we must retrieve.