News Release From The White House: VP's Report To The President On Impact Of Recovery Act 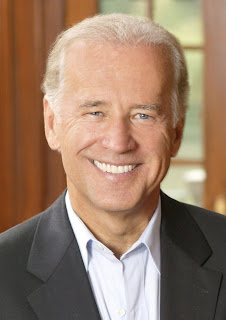 A year ago, President Obama signed the Recovery Act, a bold initiative not only to rescue our country from a potential second Great Depression but also to build a new economic foundation for the future of our Nation. At that time, we were in an economic freefall -- hemorrhaging more than 700,000 jobs a month with the middle class under assault and financial institutions on the brink of collapse.

One year later, I’ve prepared a report for the President on the impact of the Recovery Act. Even though we have much more to do, the evidence is clear: the Recovery Act is working.

Now here are some facts from the report I hope you’ll share far and wide:

• 2 Million Jobs: Public and private forecasters ranging from the Council of Economic Advisors to Moody’s Economy and IHS Global now say the Recovery Act is responsible for about 2 million jobs nationwide.

• Economic Growth: We recently learned that our economy grew 5.7 percent in the fourth quarter -- the biggest gain in six years that many economists say is largely due to the Recovery Act.

• Tax Relief: The Recovery Act provided over $100 billion in tax relief for American businesses and families.

• Aid to Small Businesses: This past year, the Recovery Act supplied over 42,000 small business loans that provided nearly $20 billion in much-needed capital.

Building a New Foundation: The Recovery Act funded tens of thousands of projects nationwide this year that are not only creating jobs right now, but also laying a long-term foundation for economic growth, including investments in high-speed rail, health technology, broadband, a smarter electrical grid, clean cars and batteries, and renewable energy.
Posted by PublicInformationProjects at 10:58 No comments: The Opara'naku family of Umude Avuvu in Ikeduru Local Government Area of Imo state, Nigeria, hereby announce the death of the matriach of the family, Mrs. Catherine Ngam Opara, who died peacefully on saturday, 23rd february, 2010 at the age of 78 years.